In the Engine Room – Drummers keepin the beat

Back in the time machine for part 3 of pics from some recent shows. This time the focus is on the back of the stage. Hidden in the shadows, tucked away behind a bunch of gear, mic stands and the rest of the band; drummers are there, solidly keeping the beat together, driving the show.

Here are just a few of the pounding performances of from a bunch of local Australian bands that I’ve been lucky enough to sneak up and get a view of over the last little while.

A powerhouse of a drummer, Skarlett is all action. Plenty of thrashing and flailing arms producing a machine gun assault of thumping drums, keeping the heavy grungy sound of the band in line. Punters a little close to the action may end up wearing one of the many drumsticks that end up flying enthusiastically in every direction.

Providing the railroad tracks to drive the heaving, monster sized fuzz tunes for the Cosmic Psychos is no simple task – Dean Muller sets a steady beat, no flinching, bringing the thunder and the base layer for some classic Aus, pub, punk rock.

Featuring in a bunch of bands, Jonathan Boulet gives the drums a go with Party Dozen. Riffing along to what almost seems like free form jazz, with what can only be described as frenzied thrashing; it all winds through roller-coasters of tunes that seem to coalesce into intense swirling maelstroms of sound. 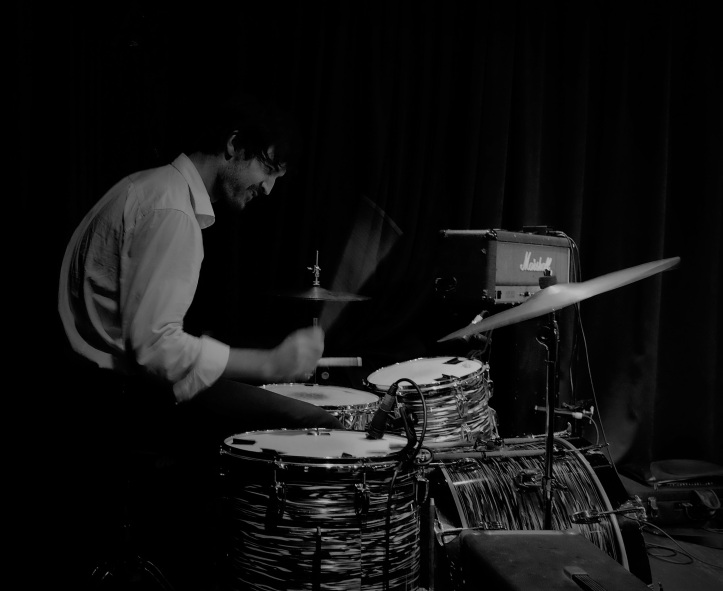 Taking a fair influence from high octane, post apocalyptic movies, it’s all about smashing along to four to floor Detroit styled rock – all lined with a healthy dose of fun.

Keeping the beat in check through the chaos of a Tropical Fuck Storm show is no mean feat. Lauren Hammel switches from quirky timed beats, to reggae based dub beats, to calypso, to punk rock with no effort at all. Mixing it up with liberal use of electronic wizardry, she makes it all look effortless behind the skins.

Half of a drum and guitar duo, Yoshi Hausler provides the smashing drums for a power metal extravaganza with Astrodeath. With arms thrashing wildly and pounding the bejesus out of skins that are barely taking the strain, his performance is a blur of sticks, arms and hair.

A veteran playing in a bunch of bands, Peter Kostic’s performance with Regurgitator pulls out a wide range of styles to match the changing sounds of the band. With metronome efficiency, he keeps the songs going, no overplaying, just keeping it steady as she goes – solid. Oh, and he wears a mean pom pom.

There is an art to keeping the drums subtle and working with the rest of the rhythm section that Ben Eadie of sonic spacemakers, Svntax Error, has nailed. The subtlety and space he creates keeps the undertow of the atmospheric sounds of the rest of the band going, allowing for the rest of the band to chime in and out with little side trips and punctuation marks.

How to be heavy as fuck, but also dreamily psychedelic – Andrew Pana of Comacozer lays down a barrage of percussion that the rest of the band seem to float on. His beats drive the epic journeys of the long winding instrumentals delving deep into the base of your skull.

Richard Andrew is mesmerising to watch as he keeps a bouncy beat throughout an Underground Lovers show. His arms and head all rolling in unison seem to play a major part in pulling together all those infectious back-beats that team so well with bits of electronica and driving sonics that make up that signature Undies sound. 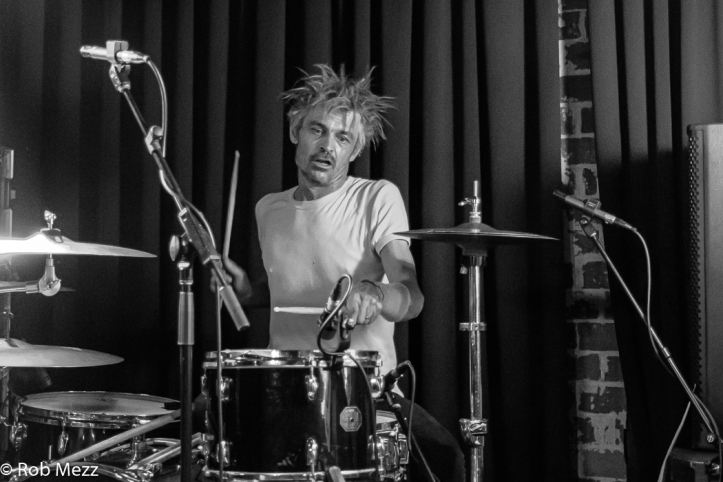