This is the first visit to Australia for 1000MODS, coming straight out of the Greek heavy rock scene. Tonight they play a sold out Thursday night show at the not so squeezy, Factory Floor in Marrickville. Joining them are local Australian bands Astrodeath, Comacozer and The Neptune Power Federation to make up a night of ear punishing sounds of heavy doom.

With a sound that is tantric, sludgingly heavy and bowel quiveringly loud; each one of their songs was a journey through the ear canal, a quick bounce around the hippocampus, down the oesophagus and into the downstairs region to cause havoc. Taste some Comacozer here for yourself. 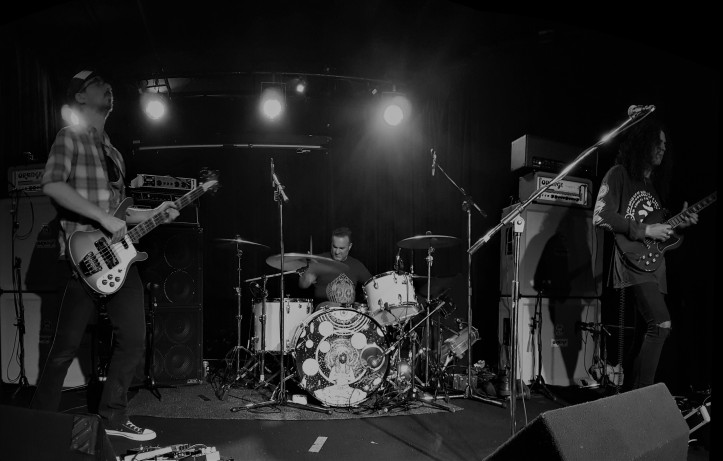 To pigeonhole these guys as stoner doom is just the tip of the iceberg. Each 12 minute song launches you into an inner space where there is no need for chemical enhancement to take your very own trip through the galaxy. These guys were very definitely in Brown Note territory, making even the hardiest black leather clad metal monster quiver at the knees – and there was plenty of swaying and quivering going on in the crowd.

Featuring an all-star cast of alternative/punk/metal members from a bunch of legendary bands, The Neptune Power Federation are a show to behold. 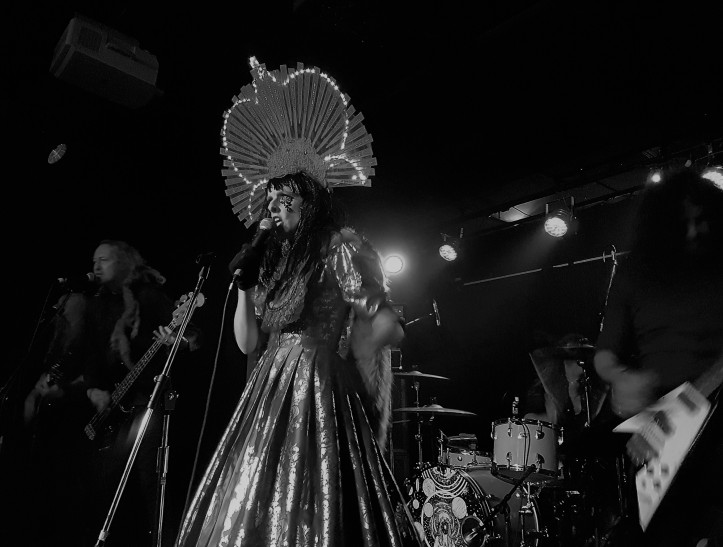 Starting the show in a haze of smoke and a power of noisy mayhem, the room instantly fills with followers of the occult ready to take their fill of the ritual performance in front of them. Screaming Loz Sutch appears, like a spectre in the crowd, giving a spiritual hands on anointing to punters, girding them for the show, before stepping up to the stage, sipping from her sacrificial bowl and spraying it over the front row for good measure. 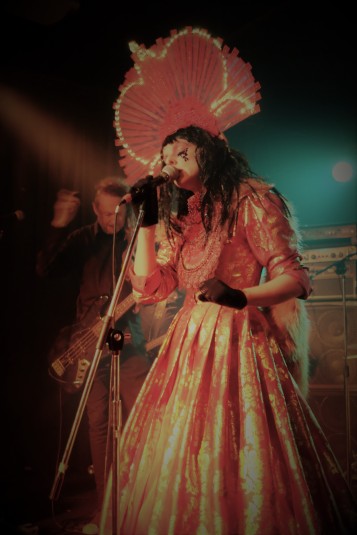 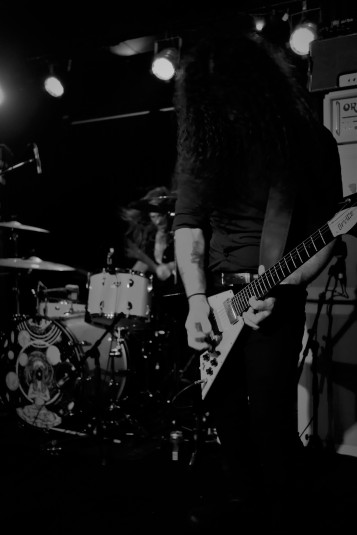 What followed was an experience filled with pounding drum and bass, screaming duelling guitars and banshee wails to round out what at first sounded like a return to 70’s heavy rock, but much, much more. The crowd became part of the performance with the whole room filled with writhing, flailing and bobbing bodies being carried away under the spell of the sheer thunderous volume of the show. Another quick, ghostly tour through the crowd by Loz Sutch, probably to steal some souls, and then back to the stage in a burst of smoke to launch into an eyeball peeling version of Motorhead’s “Killed By Death” to end the set. Then, darkness… and maybe silence, but most people were already deaf by then. 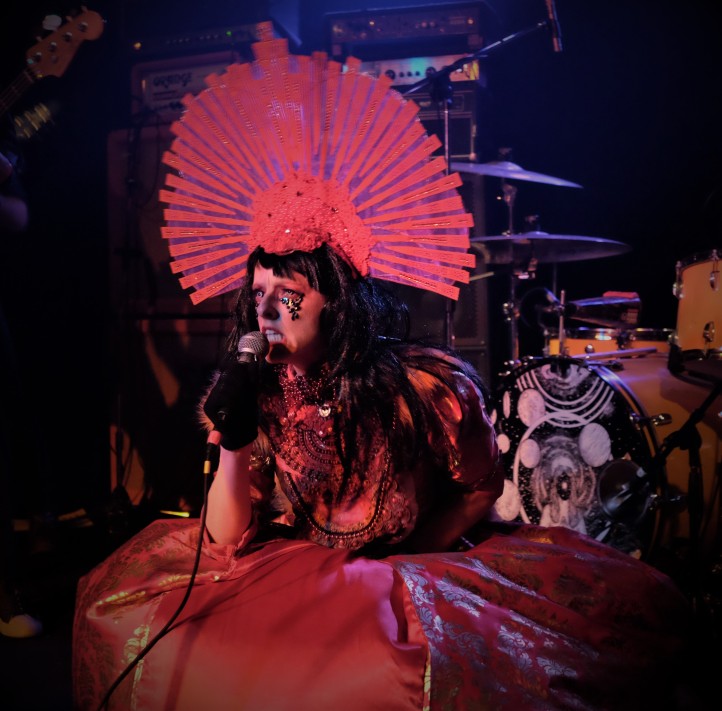 Check out their recordings here, but really, best consumed live in person.

Four strapping lads from Greece that make up 1000MODS saunter on to the stage for their turn at the sonic slaughter. The room was now packed and heaving with sweaty bodies and after a brief hello and a “yamas”, they launch into their slow dive, heavy stoner rock onslaught. 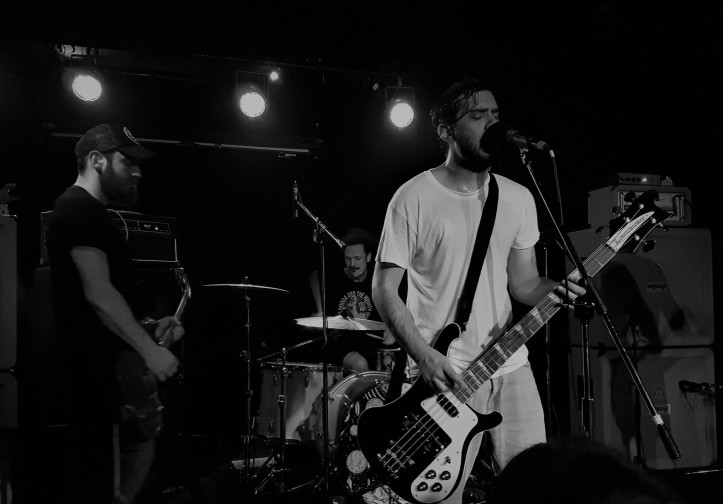 The songs were heavy, full of cyclic bass and guitar riffs, with little hints of what lives on their playlists – their sound had a bit of Sabbath, MC5, Stooges and even a bit of screamy Nirvana to whet the taste buds. See here for a sample. 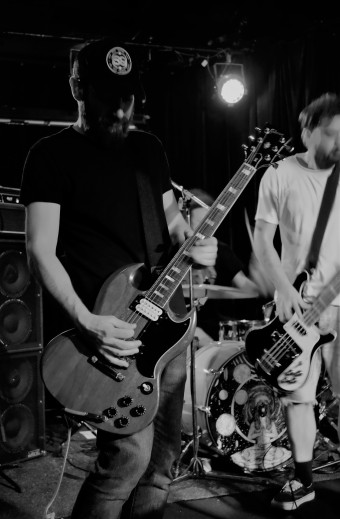 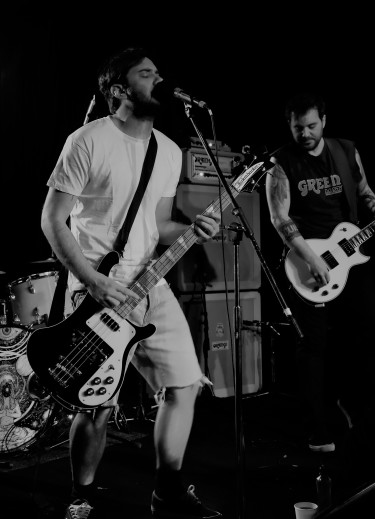 The set was relentless, pumping out track after heavy, fuzz laden track. The drum snare and vocals were turned up to “explode ear canal” setting in the mix; but the crowd loved it, yelling for more. And we got it. The twin guitars and bass were set to “bowel destroy”, taking it in turns to pump out knee trembling riffs, topped off by power vocals to round out the attack. From the all-round smiles on the band members faces, tonight was obviously mission accomplished. 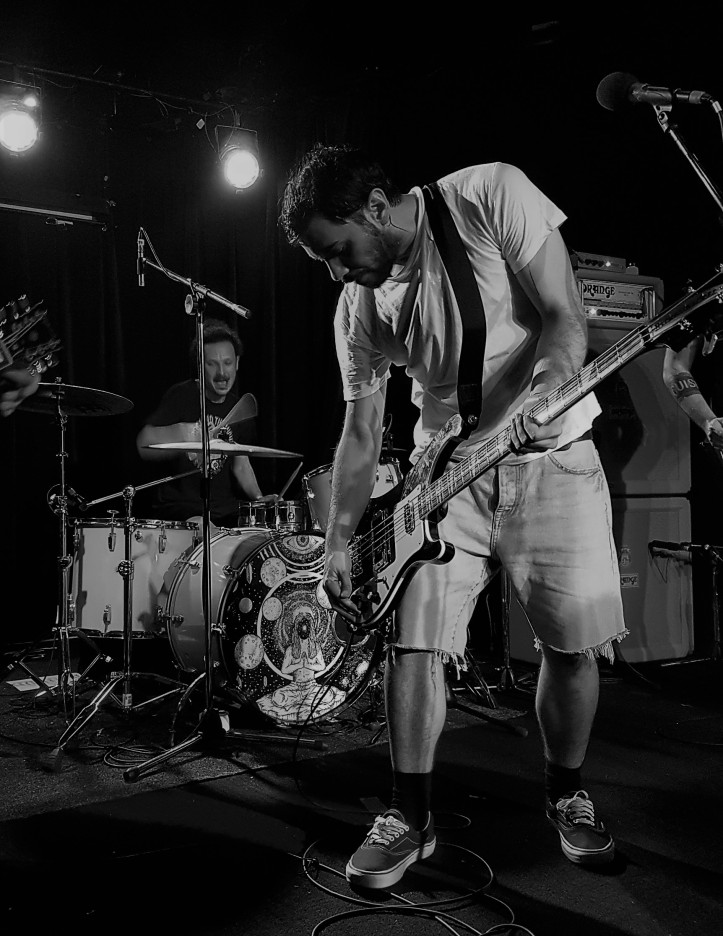 Where was that Brown Note tonight? All over the floor and bouncing from wall to wall.