ActivateUTS, and 2SER Band Next Door pulled together a monster bushfire benefit night, slinging out the beer and sausages and raising some much needed cash to support communities affected by recent bushfires at the Loft. On the bill were The Tokyo Sell, Fingermae, Sounds Like Winter and Svntax Error.

First up were local hell raisers Tokyo Sell with an early start to the night. Five blokes with a straight up line of pounding drums, thumping bass, wall of sound guitars and vocals to get the crowd moving.

The set was a cavalcade of fast paced, guitar hungry, surf pop-punk, mixing up a set of originals with some classic covers from Blink 182, The Killers and the Only Ones (for the more mature).

An early start to the night, the band quickly warmed up the crowd, with vocalist Macka razzing up the Loft with a few off stage excursions to keep people on their toes. By the end of the set, the sweat was dripping, the amps were sizzling, and the floor was in full bounce mode.

Sample some of their mayhem here. 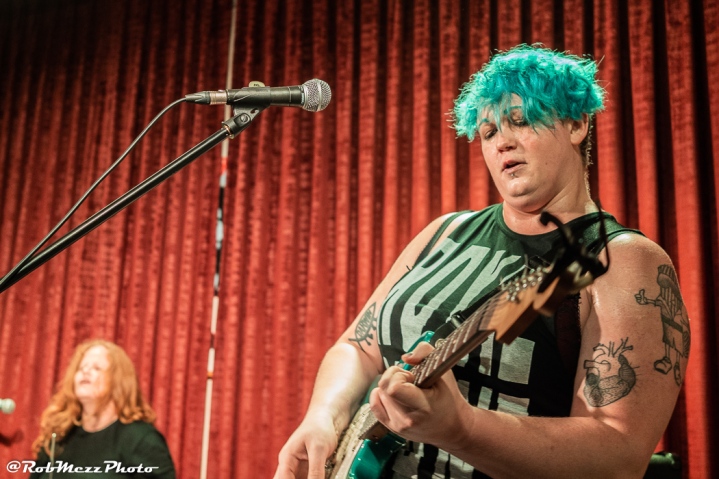 Tonight after a quick set up, they changed the pace a little and gave us a set full of quirky, fast paced and rollicking, jangly guitar laden songs. There is a little tongue in cheek, cheekiness scattered through all their numbers; a little bit of political outrage and a healthy dose of fun.

Listen to one of their recent releases here.

Another quick change over, another change of pace. This time you could feel the darkness creeping into the Loft, as Sounds Like Winter launched in and, well, sounded like winter. A black clad Sydney four piece; pouring out the dark, gothic, post punk sounds.

The set was driven by sweeping, effects laden guitar and dark, ethereal journeys, transforming the Loft into a dark cavern of the mind. Over the top of that insistent guitar and tribal base beats, vocals were delivered in a deliberate even pace; with an almost accusing tone, making you prick up your ears and wait for action.

There was a healthy dose of post punk tribute through the set, with clear influences peppered through their songs from bands like Echo and the Bunnymen, early Cure and Joy Division. All in a good way. 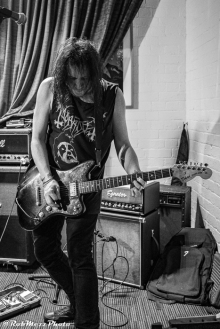 Peek into their underworld here.

Recently dropping the bottom of the Y in their name, Svntax Error was the last act of the night. The band are another local inner west Sydney 4 piece, who have been gracing stages for a few years now. No mucking about, quickly setting up their impressive array of gear in record time. 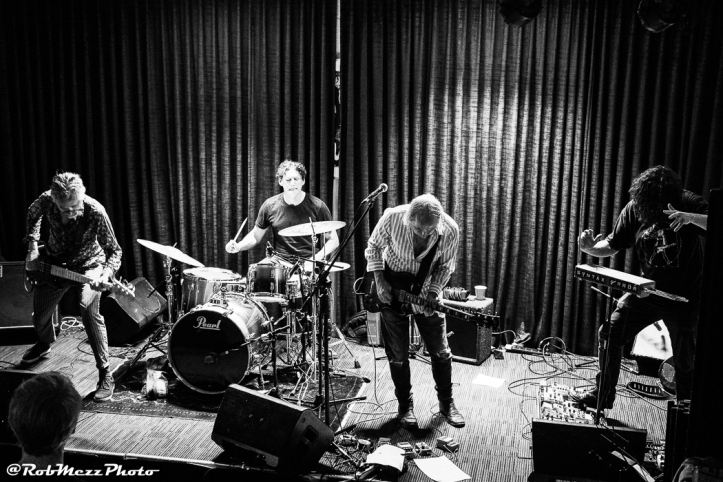 As they begin their journey of a set, they quietly pick us all up and drag us along with their pied piper of atmospheric sounds to sooth us into the end of the night. There was a subtle rhythm section of drum and bass laying a soft bed for us to snuggle in to, effects laden guitars that softly trilled us along a path and soothing vocals that quelled any unease.

But it wasn’t all whale song and wind. The epic winding tunes lead you along to finally build into a wave breaking crescendo that wails and pushes you to the edge of conscious reality, finally dropping you into a hole that you can only share with your deepest and darkest thoughts. A little bit freaky! 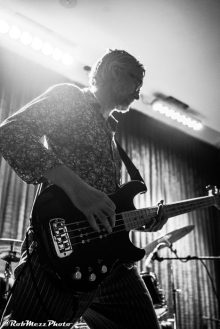 Towards the end of the set the theremin makes an entrance, taking things to the next level. Not used as an overbearing novelty, but as a big punctuation mark that tops off the trance inducing rhythms and guitar tonal feedback, creating its own storm through the room. 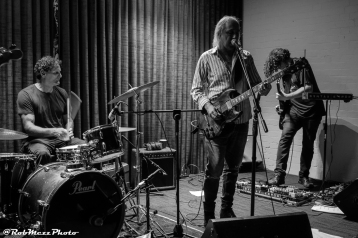 Have a taste of the atmos here, or better still, catch the unpronounceable Svntax Error at their next show for the full sensorial experience.