Tonight, Party Dozen were bringing the party to Sydney at the OAF Gallery bar to a sold out show, with the release of their self-titled track that they are taking up and down the east coast. Also on the bill tonight were DJ Scarpin and local band Display Homes.

Sydney three piece, post punk popsters Display Homes, hit the stage to a rapidly filling OAF Gallery. The minimalist offering of drums, bass and guitar immediately filled the room with a raw, punk pop energy. There was a definite influence from 1970’s British punk bands with strains and snippets of X Ray Spex and XTC poking in and out of the snappy set.

Drums set a snappy tempo with lots of high hat through the set, carrying a gritty driving bass with lots of melodic riffing through songs. Guitar gave a contrast to the engine room jumping in and out to add some fills, another riff and generally linking bits together. Vocals from the drummer topped it all off, projected and shot out like commands.  All delivered with a little bit of angst.

Have a listen to their most recent release ETA, here, or better still, catch them live.

Sydney’s experimental dynamic duo which is Party Dozen fought their way through the packed Gallery bar to the stage to unleash their very own brand of chaos. They are basically drum and sax, with lots and lots and lots of fuzz filled electronica and effects. 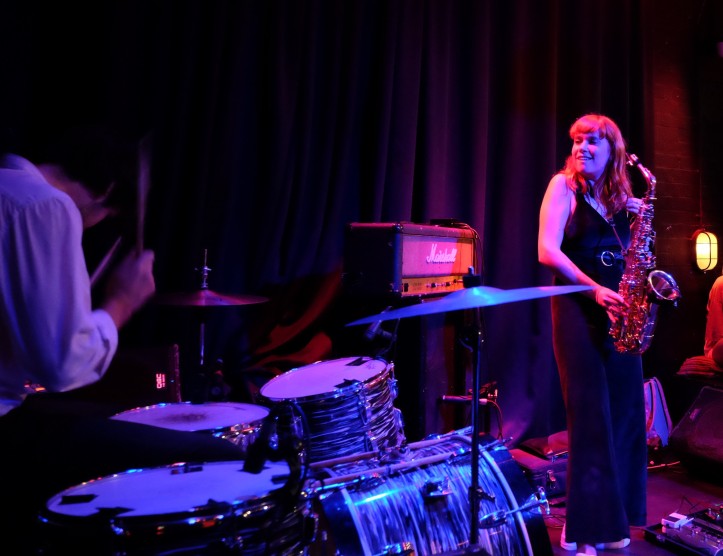 Each song is as unpredictable as the last, full of wild and explosive tribal beats, cacophonous wailing saxophone and the occasional vocals screamed through the microphone on the saxophone belle. 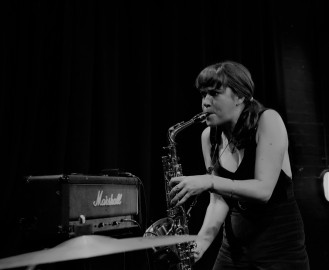 The set seems like an intense jam session, drum and sax working off each other and building up electronic effects like a layer cake. The stage is awash with action matching the sound, with frenzied arms thrashing behind the drum kit to a prowling and stomping sax bouncing across the stage from end to end. It all comes together in an intense, swirling maelstrom that mesmerises the crowd into coming along for the ride. 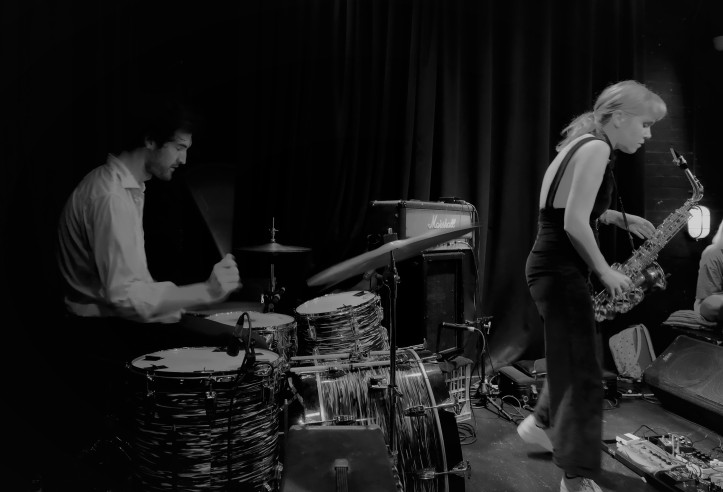 You can sample that ride here, with their latest release.

While the volume was kept under control, there was definitely some electronic Brown Notes going on in this set.