Riding a wave of chaos all the way from Melbourne, Amyl and the Sniffers make a welcome return to Sydney to give us all a good ole rock n roll kickin! Joining them tonight to thrash it out at the Factory Theatre before the whole world is cancelled, was RMFC and Gee Tee.

Playing as a four piece tonight, with drums, bass, guitar and keyboards; this local Sydney band leapt into their set like a Gorilla on acid. 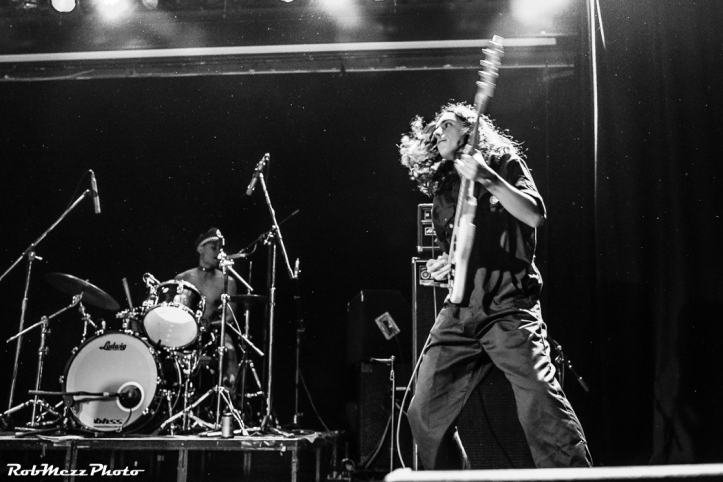 To call them lo-fi would be an overstatement, with this no-fi troupe pushing every boundary on stage to get their offbeat electro/garage punk out to the masses. There were gimp masks, leather, boiler suits and mad antics from the front man; bouncing around the stage like a chimp. 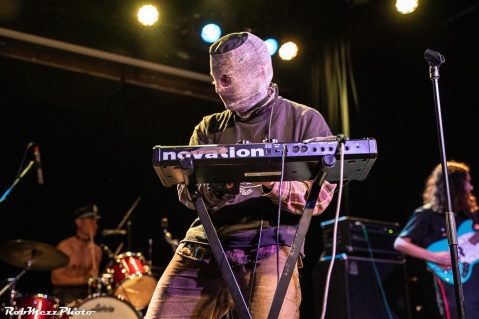 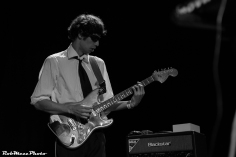 The set was short, packed with bouncy short numbers that sounded like they were straight out of the garage, but with a quirky edge that has been through the wringer and the twisted like a pretzel. 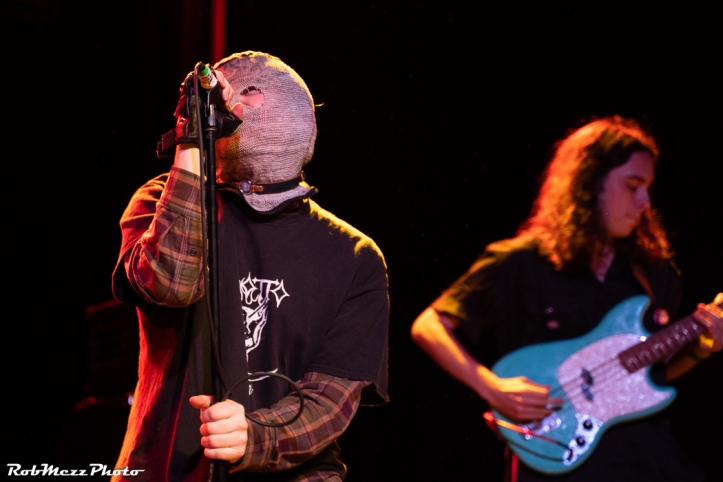 Check out some madcap sounds here and I dare you to try and pigeonhole them!

RMFC, AKA Rock Music Fan Club, have been around in one form or another for a couple of years now. These four NSW south coasters are made up of drums, bass and guitar, with a hyperactive tambourine wielder out front, backing up the main vocals from drummer Buz Clatworth. 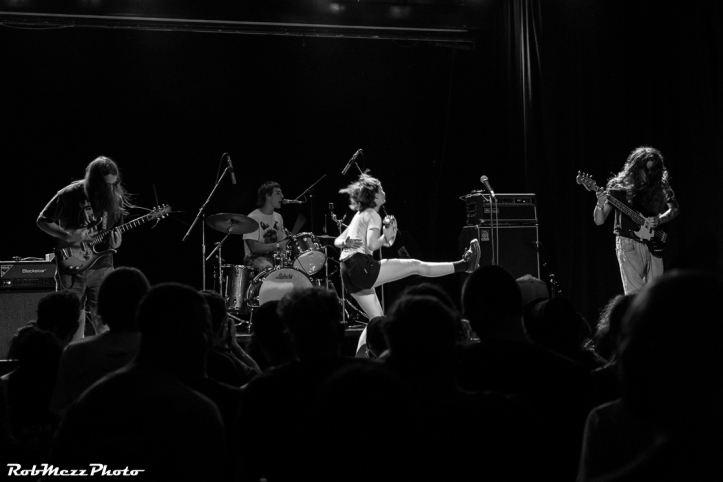 Packing a solid fistful of short fast loud into their set, they had the crowd up and bouncing. There was plenty of fuzz and manic moves on stage, with quirky sounds and staccato vocals accompanied by plenty of high stepping and acrobatic high kicks. 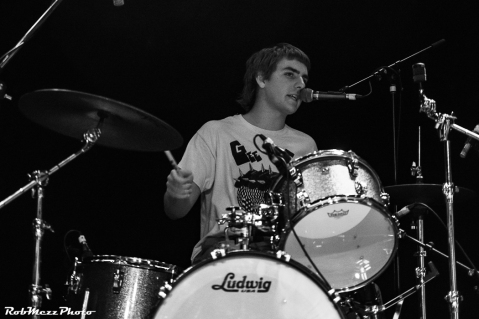 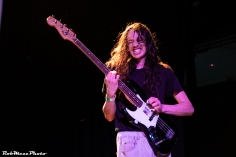 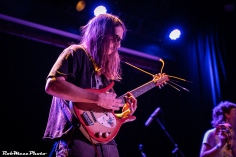 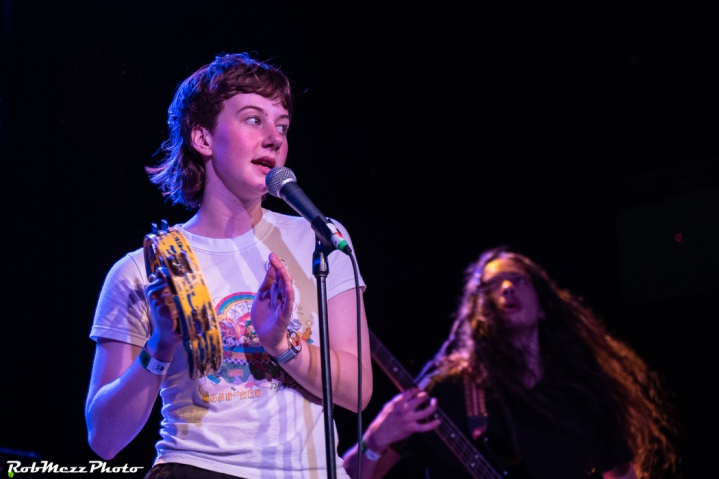 Try to sit still when you listen to them here.

Amyl and the Sniffers

The sold out crowd was definitely getting restless by the time the dance numbers started pumping and the band strutted onto the stage, shaking their thangs to the pumping beats. 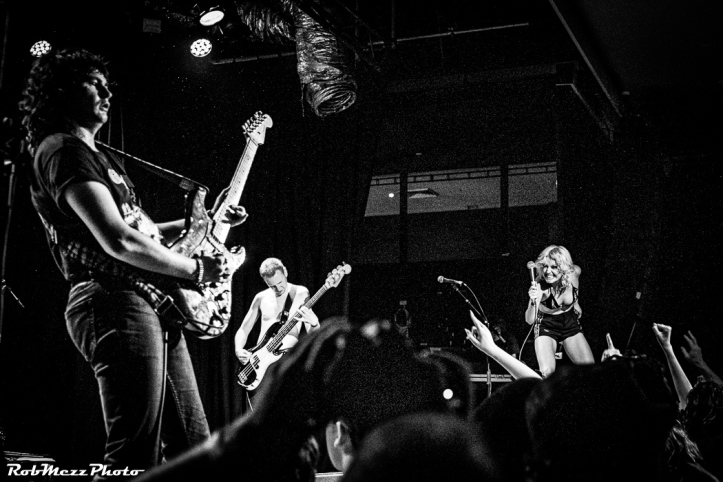 An immediate squash mosh formed at the front of the stage as they launched into their adrenalin fuelled punk, pub rock. From that point on it was just one constant writhing mass of heaving bodies being flung from one end of the venue to the other. No social distancing here tonight, just a mass of hot sweaty bodies and flaying arms. 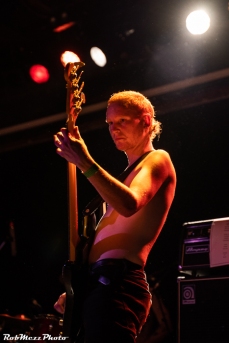 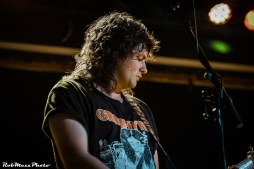 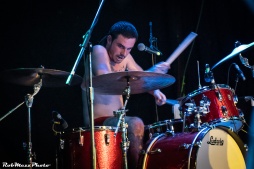 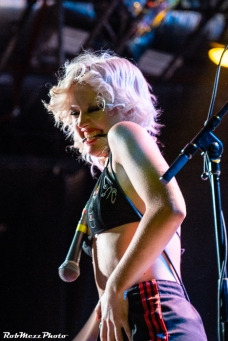 Amyl was in top form tonight, strutting across the stage, goading the crowd on like an unleased lab rat. The rest of the band held their ground, keeping to their quadrants. 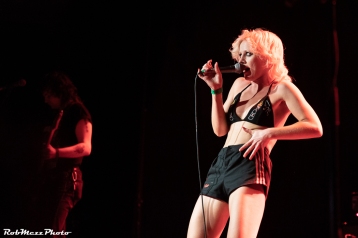 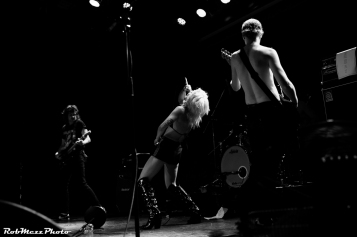 There was the obligatory surfing excursions, diving into the crowd; quickly followed by an almost revolving door of stage divers from the crowd, fuelled by the energy pouring from the stage. There was a good mix of songs from their latest release, including a few that just drove the crowd nuts, like Monsoon Rock, Im Not a Loser, Cup of Destiny and the ever popular GFY. 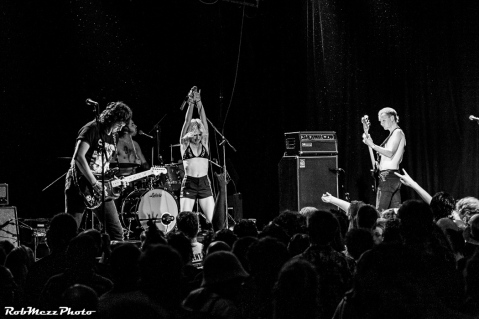 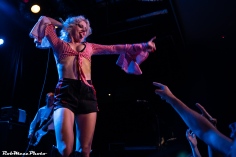 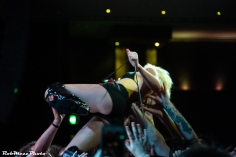 In what is almost a tradition for an Amyl and the Sniffers gig, the stage soon filled with the previous acts, friends of the band; and then half the crowd that could get up there to have a bit of a dance for an all-in, before being jettisoned off the stage into the mosh. 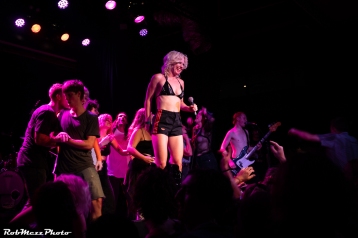 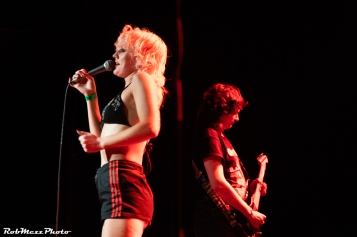 The night ended up with a short encore of a couple of songs, and finished up with a mayhem filled version of 70’s Street Munchies, leaving the crowd in a puddle of spilt beer and sweat. 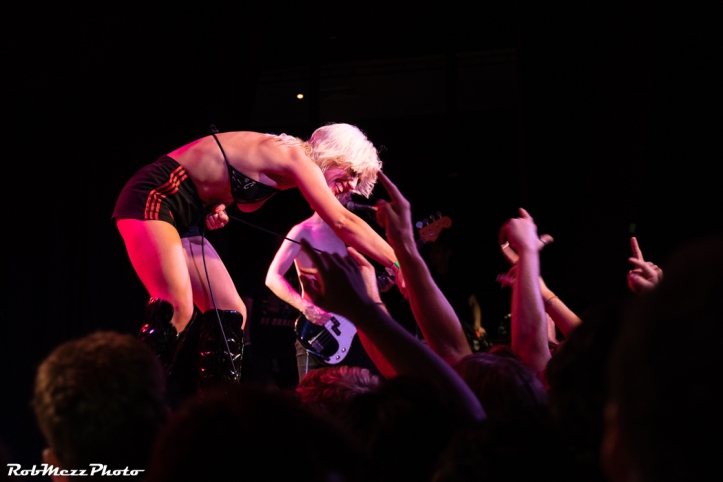 The Brown Note was going off like a firecracker tonight, maybe a last hurrah before COVID 19 shut down half the music industry.