Newtown’s Union Hotel hosts the release of the latest single and video from Lisa Caruso’s upcoming album “In Feelings” tonight. Joining her to celebrate was local songstress Donna Amini.

Fronting up tonight with a guitar and just a drummer in tow, local act Donna Amini is quiet and reserved until she starts to sing and play – then the room is enveloped into her world, with songs delivered with a power that seeps into your very soul. 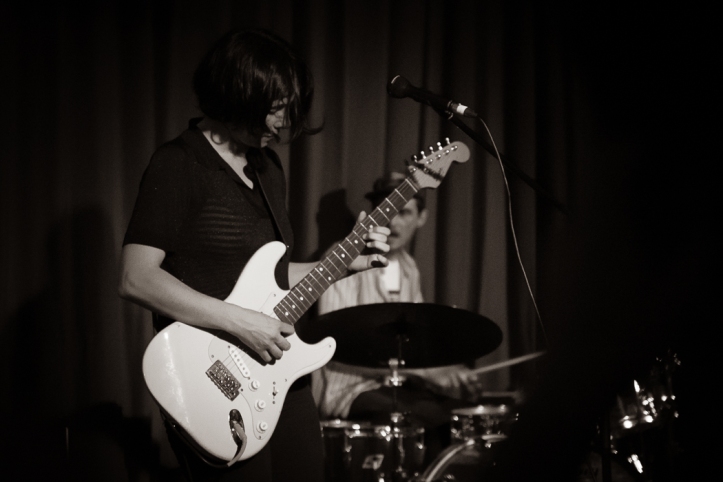 Suffering with a little bit of lurgi tonight, she speaks with a bit of a croak, but it’s well hidden in the songs, her voice ringing out strong and clear. She also lets on that she is also suffering a little sadness from a recent loss; a feeling that seemed to wring through the deliberately even paced songs. 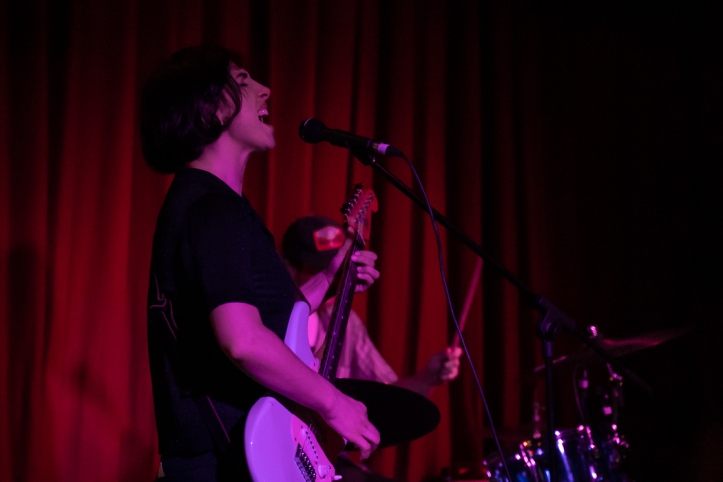 With plenty of banter and crowd interaction, even resorting to a quick poll on whether to try out some tricky new stuff; Donna creates an immediate connection with the room. Her music is smouldering, dark and bristling with an underlying energy that sounds like it’s just barely being contained. The combination of drums, guitar and voice through the set just fits – not too little and not too much – allowing every element to be present. 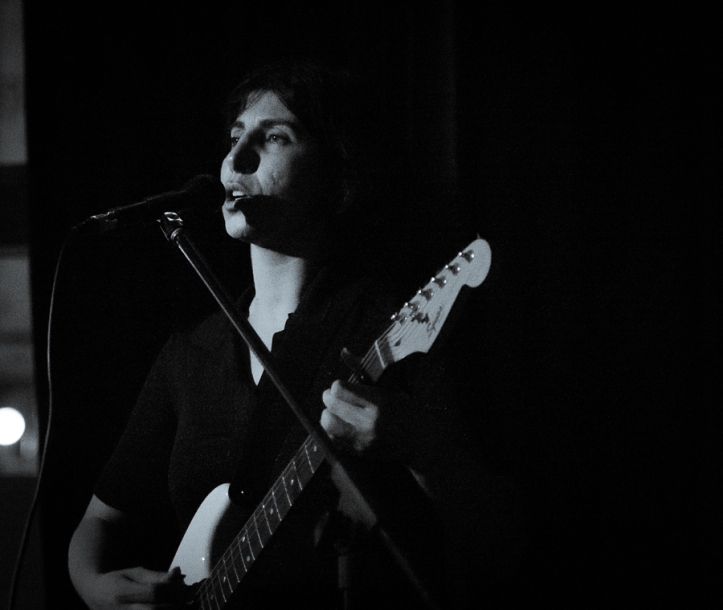 Check out her latest work here.

Starting the night with half the band, Lisa Caruso steps up to the microphone & begins with some quiet, almost fragile banter to settle in to the start of the nights conversation with the crowd. 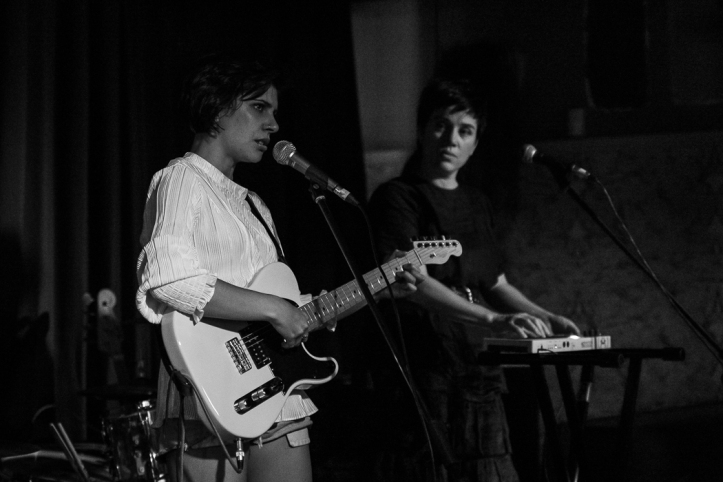 But, from the moment she starts her set with the full band, all fragility is gone and out comes that voice that demands complete attention. The room is instantly transported into a dreamy soundscape full of oozing, sultry, sensory seduction. From twangy, country tunes to siren songs straight out of a French speakeasy, they were all delivered with a gritty, edginess of 90’s grunge meets 60’s cool. 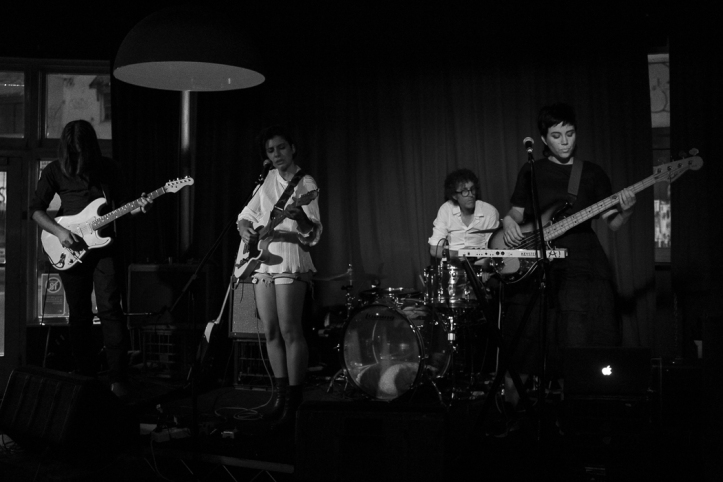 Newest release “Dream Lover” was no exception, with a barely restrained guitar just burbling along under yearning vocals, giving the song that dangerous sounding edge of storm clouds about to burst. 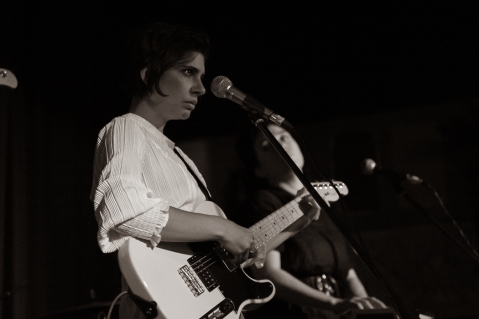 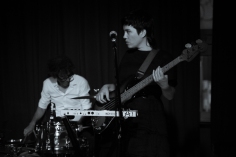 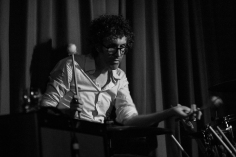 There was a quick guest appearance by Daniel Marando of the Maladies, who joined Lisa in a breathy, desperate number towards the end of the night; and then it ended. Just as it had begun, with Lisa and only one other band member (guitarist, Daniel Babekuhl this time) to wrap up the night for an encore – leaving the room wanting more. 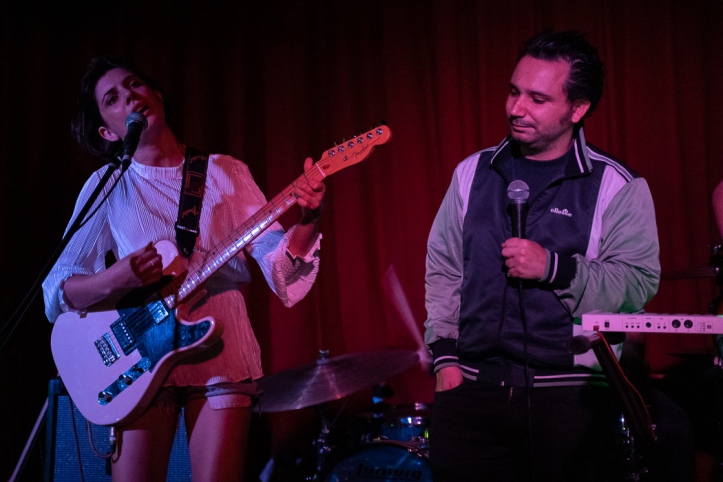 Check out her new release here. 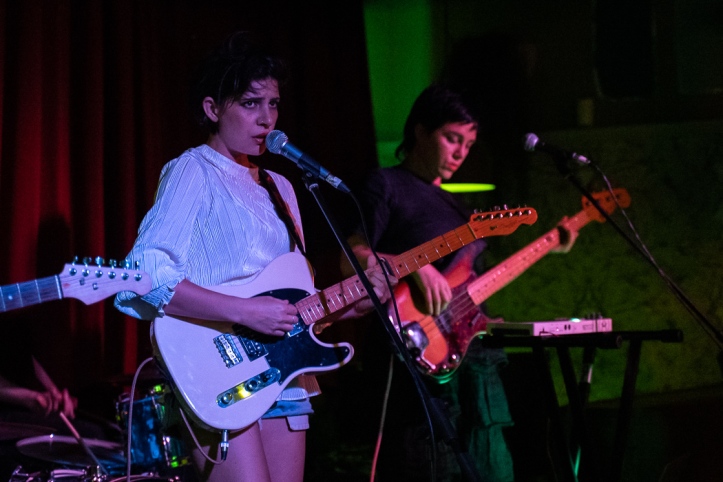 And The Brown Note? – restrained and chained under a table.