Tshitaki are a 3 piece Northern Beaches band that have recently reformed after playing their own mix of punk pop around the traps for years. Tonight their straight up line up of drums, bass and guitar lit the blue touch paper for the night, pumping out their energy filled tunes. 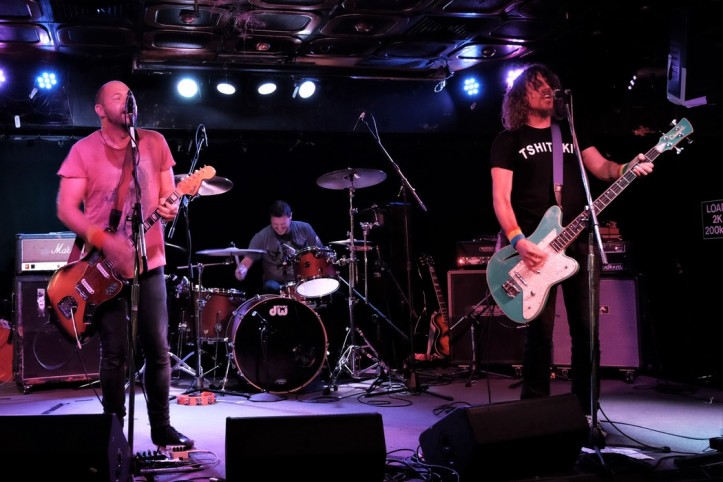 Sample their combination of thumping drums and bass with plenty of thrashing guitar that we were treated to, here.

Particles cranked things up a notch, powering out their heavy sonic grunge, making them sound like a bigger band than just the drums and guitar that we see on stage.

Kicking off a little slowly, they soon enticed the crowd to move in a little closer for some face to face interaction. In no time the back of the stage was filled with flailing arms on drums and sticks flying in all directions, savagely punishing the kit. 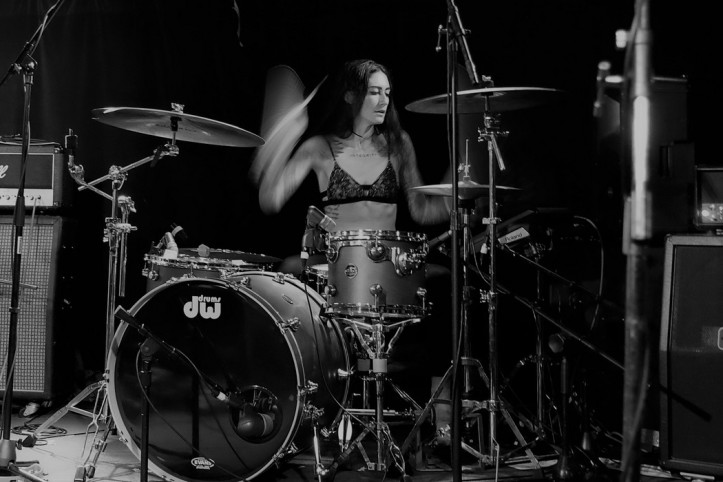 Check out Particles latest recording, Quark, here, but definitely catch them live for the action.

These four women from Canberra know how to put on a show. From their outfits to face paint its back to glam with a punk rock attitude.

Two guitars, bass and drums, it was all about the rock. Everyone gets a go on the mic with plenty of on stage antics to back up the attitude. They even completed the picture with stage names, picking what they say are examples of daggy blokes – or middle aged white male politicians. We have Keven 007 and Andrew on guitars, Malcolm on bass and Scomo on drums. All very timely, considering it was the night of a very disappointing federal election.

They ripped through their set, with no apologies for songs filled with blatant social commentary about equality, corruption and social justice; all delivered with a raw punk energy and theatrics, cranking out the best of their new release, “The Policy” – check it out here.

Finally, the show ended with a little “fuck you!” solidarity and raised fists on stage which got plenty of whooping from the crowd. 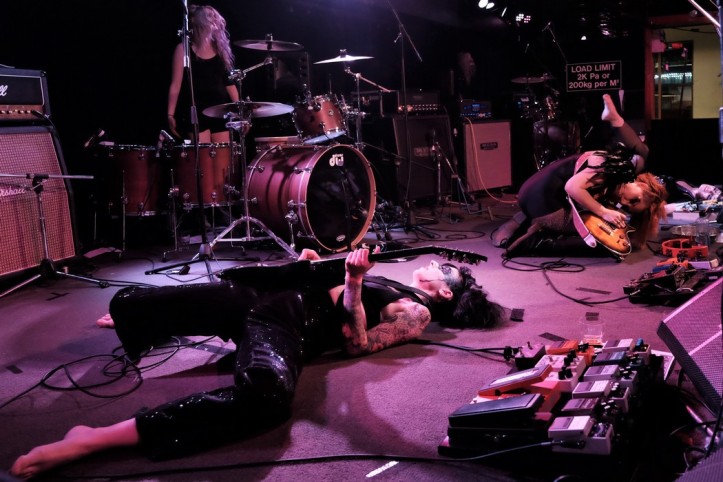 Where was that Brown Note tonight? Probably making its way into Parliament House.