Amyl and the Sniffers – Paddo RSL

A power packed, punk pack of performers hit the Paddo RSL to cause maximum chaos and mayhem tonight in a Sydney Amyl and the Sniffers show; touring the country before they jet off overseas to cause global mayhem. Tonight they were supported by Dress Up, No Doz and C.O.F.F.I.N

This Sydney based 4 piece have more energy than an energizer bunny. Bass, drums and guitar thrashing away with a pocket rocket jumping jack fronting the band with the best of the punkest screamed vocals. 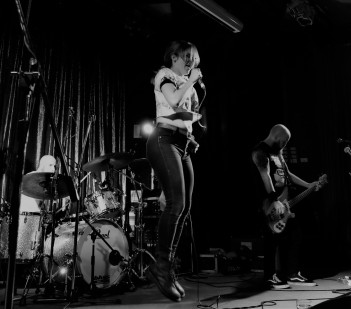 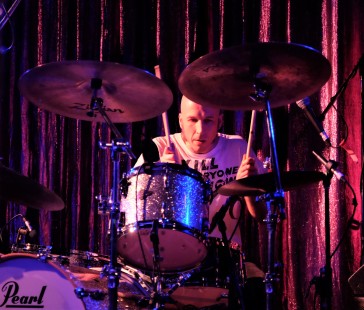 Their set was a collection of short, sharp, fast and loud punk tunes with a frenetic, driving bass dominating the sound. Drums just barely kept up with the breakneck tempo. There was no standing still for this band, using all of the stage like a trampoline, encouraging some pockets of moshing of the growing crowd on the floor. See what all the noise is about here.

Sydney’s C.O.F.F.I.N slowly appeared on stage, going to plenty of effort, all dressed in nothing but a pair of adult nappies, just to set the scene for the filming of a new live video. If that wasn’t confronting enough, the outfits were topped off with a lavish smearing of fake blood over their bodies…..just….because. And just to make things a little more homey, a large plastic tub of beers and ice took pride of place in the centre of the stage.

These 5 blokes are essentially uncorked chaos when they get going. There were a few technical difficulties for one of the three guitars (yes….three!), but it wasn’t enough to stop the chaos. The show continued with a blistering twin guitar assault, with a mess of bass and drums along for the journey. Shouty vocals were shared by drummer and guitar adding a dynamic that gave the feeling that you were stuck inside a pinball machine in multi-ball mode. 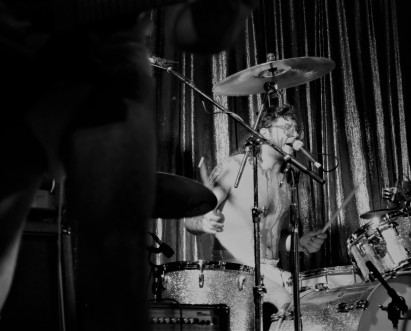 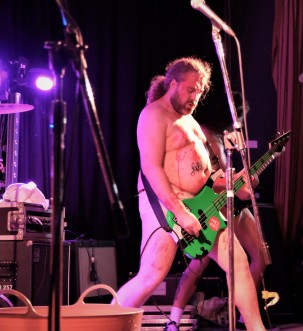 The further into the set, the more chaos ensued, with a daisy chain of stage divers launching themselves into the packed writhing mosh in front of the stage. This show is definitely one to experience live, planted directly in the front of the stage being slammed by the mosh. The ice and beer bucket was quickly decimated, becoming a target of the stage invaders and performers alike. 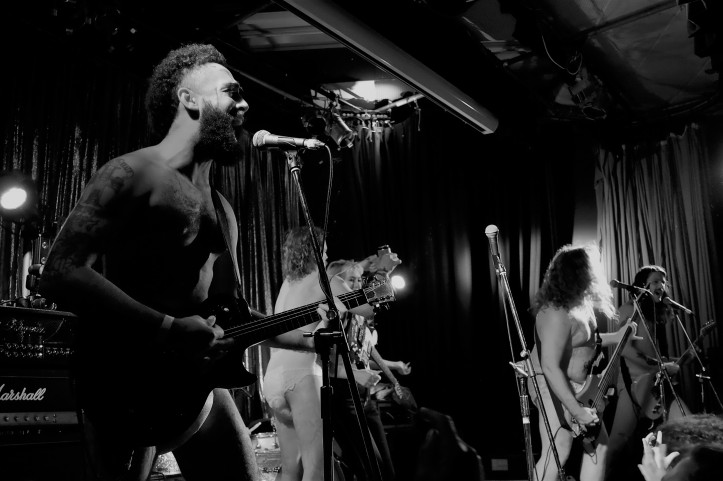 By the end of the set cables and amps started to disintegrate and the stage was littered with ice, beer and punters. Check out their mayhem here.

Amyl and the Sniffers

The crowd was amped for the main event; and after a bit of clearing up and patching up on stage, the appearance of a heavy bouncer presence pushing back the front row signalled the upcoming set by Amyl and the Sniffers. It was a vain attempt to try and minimise the mayhem – this just turned into a challenge by the fast filling front of stage, with lots of jostling and jockeying for prime position squeezing back up to the stage edge. 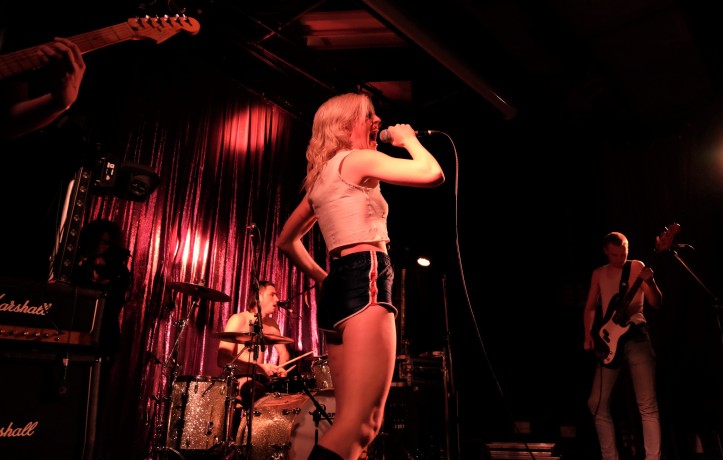 The show started with a bang and immediately all hell broke loose. In front of the stage was a writhing mass of bodies, on the stage, a now well seasoned band gave the punters what they came for, solid pub punk rock.

Blasting through their loud, fast, short song set, Amyl wildly roving from one end of the stage to the other, whirling mic leads, jumping on the equipment and throwing menacing looks to the crowd. The Sniffers held their ground, providing the solid base for the on stage antics. Then, Amyl led the stage diving, launching into the crowd, quickly followed by anyone who could get past the bouncers at the front of the stage. From that point on the gig turned into a melee, with bodies launching off the stage into the crowd, urged on by the energy just flowing out from the stage. 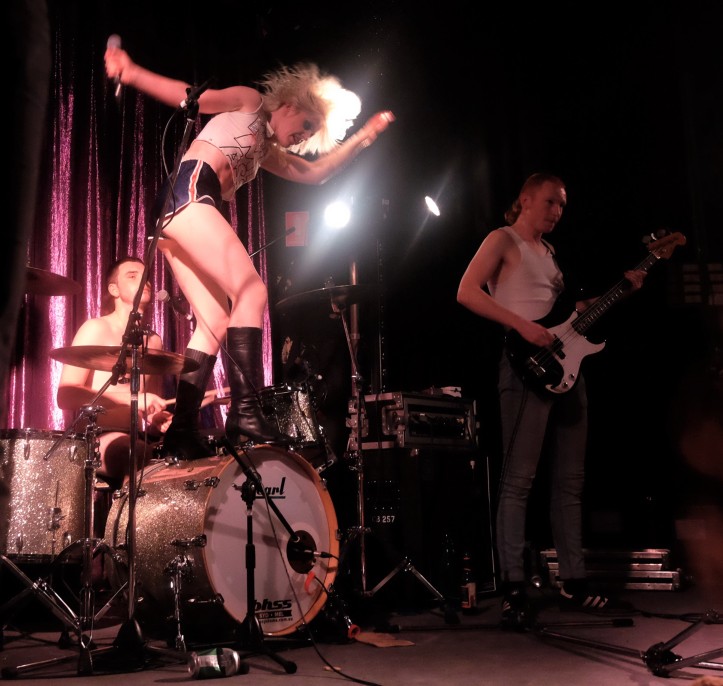 By the end of the gig the stage was filled with bodies, with all the bands that played on the night and punters making it past the bouncers – who by now, had just given up. 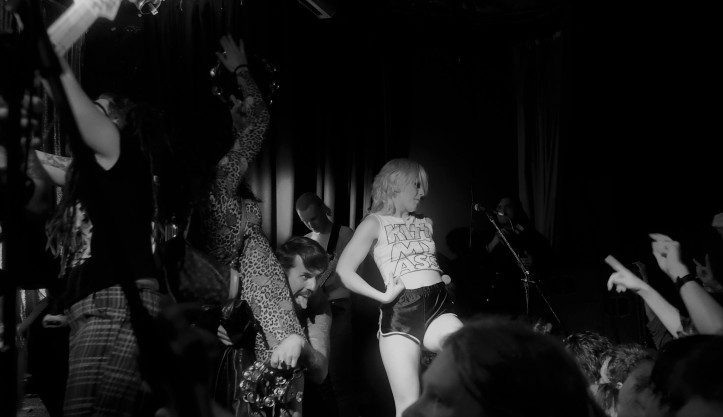 Check out some of Amyl and the Sniffers energy here.

The Brown Note, the Brown Note. The very fact that there were adults in nappies on stage showed all the promise of a fully fledged appearance. In all the chaos and mess, you couldn’t really tell what fluids were sloshing around – but there were plenty of them.