Harry Howard and the NDE

Bolting through Sydney on the back of support spots for The Aints on their Aints play the Saints tour, Harry Howard and the NDE took the chance to spruik last years recording, Sleepless Girls. This time in a more intimate show in the green glow of the Union Hotel. 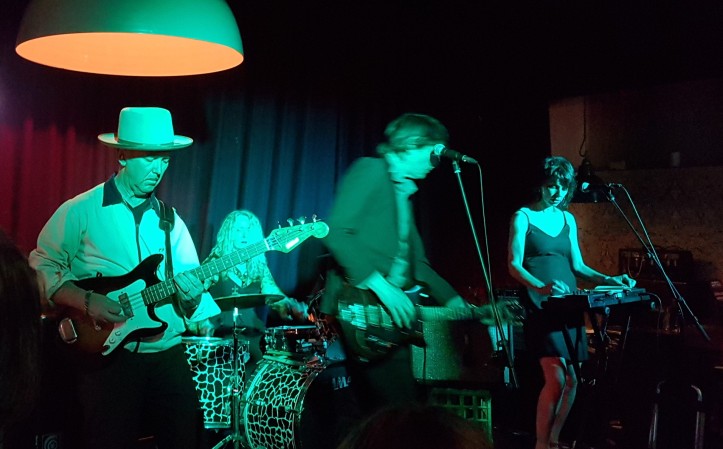 The band sauntered on stage a little late, getting their shit together; but it was all worth it as they launched into their spooky and sinister brand of laid back sounds. Dave Graney and Clare Moore pumping away a steady rock beat, underpinning Harry Howard’s off-road guitar adventures and laconic vocal drawl while Edwina Preston provides her contrasting vocals and almost Adams Family like keyboards – all dripping of Melbourne cool.

It wouldn’t be a HH & the NDE show without a couple of tongue in cheek comments from the stage about Sydney Harbour, keeping that Melbourne / Sydney indie rivalry alive. It appeared right on cue, bolstered by a humid Sydney night and much perspiration, resulting in sweaty jacket removal and murmurings of inappropriate city coastal locations.

Then it was all over too soon. Too soon to even start to develop any Brown Notes, just sweaty sinister ones.