Another reformation of sorts for The Aints at the Factory Theatre; playing tracks from the first three Saints albums to a packed venue, 40 years after the release of I’m Stranded.

This lineup was The Aints “Mark 3”. It included brass and keyboards, with Peter Oxley from the Sunnyboys on bass and Paul Larson from The Celibate Rifles on drums. 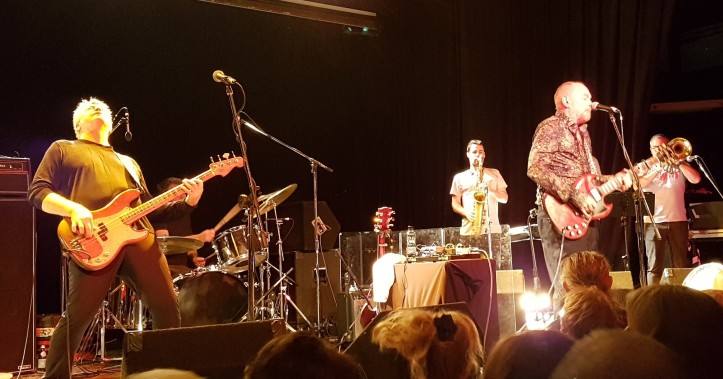 After some typical Ed Kuepper baroque walk on music, the band hit the on button with all guns blazing and the slightly middle aged crowd went wild – or as wild as middle aged crowds go. And there it was, that unmistakable buzz saw guitar that can only be one person, sawing through the angst of 1970’s Bjelke-Petersen Brisbane. That’s what I was here for. And it didn’t disappoint.

Its well known that Ed likes to have his say and tonight was no different. Lots of banter between songs, explaining the sometimes complicated and convoluted history behind each song played; introducing unheard songs that didn’t quite make it onto the albums or their live sets – one each from I’m Stranded, Eternally Yours and Prehistoric Sounds. At times I think even he lost track of what he was banging on about.

Of course the set finished up with I’m Stranded and Know Your Product; just to make sure that there was an adequate amount of sweat oozing to remind you that you had been to an Aints gig.

But were there any Brown notes? Closest we got was some blaaarting from the horns.