With a red lit interior and a Saloon like atmosphere, The Bassy Cowboy Bar is a warren of narrow corridors and dark rooms. The band room is cosy, with a ceiling festooned with mirror balls and dangling tinsel. Wagon wheels and animal skulls adorn the walls and the back of the bar is covered in voodoo dolls, skulls & stuffed animals.

Hip sixties garage surf tunes were blasting from the PA as I walked in, setting the scene for the band, but no go go dancers at this point. 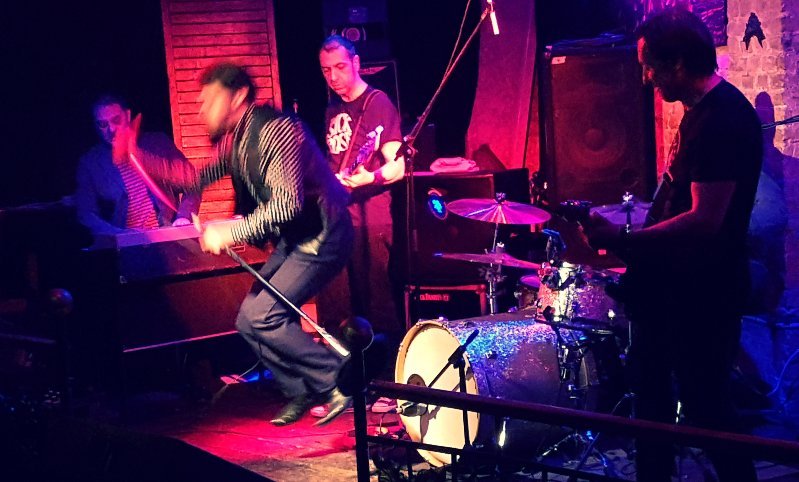 The Sick Rose is an Italian band who are touring the 30th anniversary of their first album. From the start of the first song I was asking myself who came first, The Sick Rose or The Stems. Both are 80’s bands with very similar sounding 60’s garage tunes and classic 60’s organ and raw guitar sounds. There was even an Australian influence to the set as they pumped out a few covers of Australian 60’s garage bands.

It looked as though these guys would have been pretty wild in their day but the Elvis style karate kicks from the singer may now have toned down a notch.

Lots of psychedelic colours but no brown acid tonight. 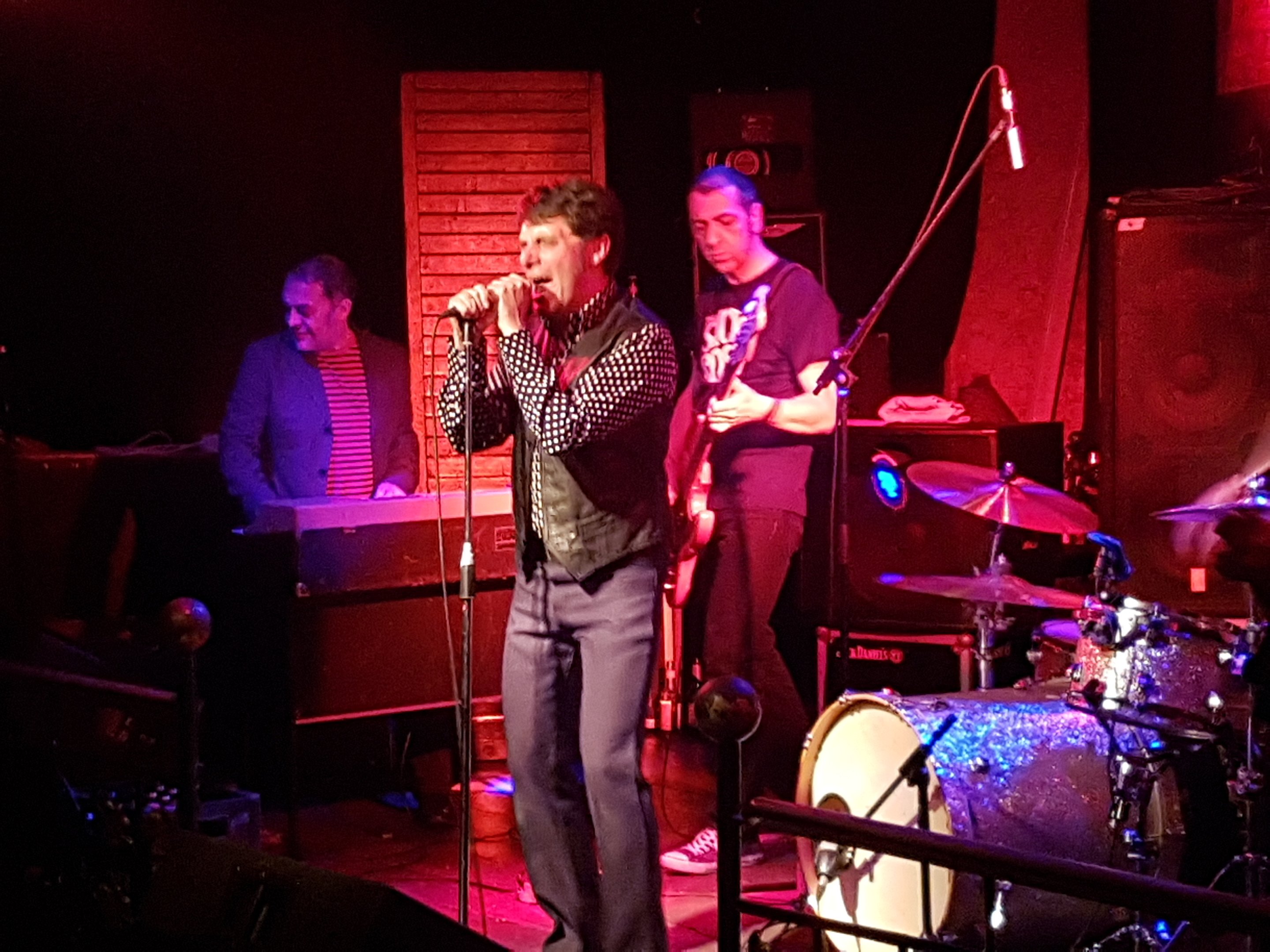