SO36 is a long established punk venue in Kreuzberg and you can tell as you walk in off the street. The entry is a long dark corridor plastered from floor to ceiling with posters from past gigs. The main room is long and cavernous with a huge stage at the end fitted with a massive PA. Tonight is Droneburg III, with a lineup making its way across Germany. 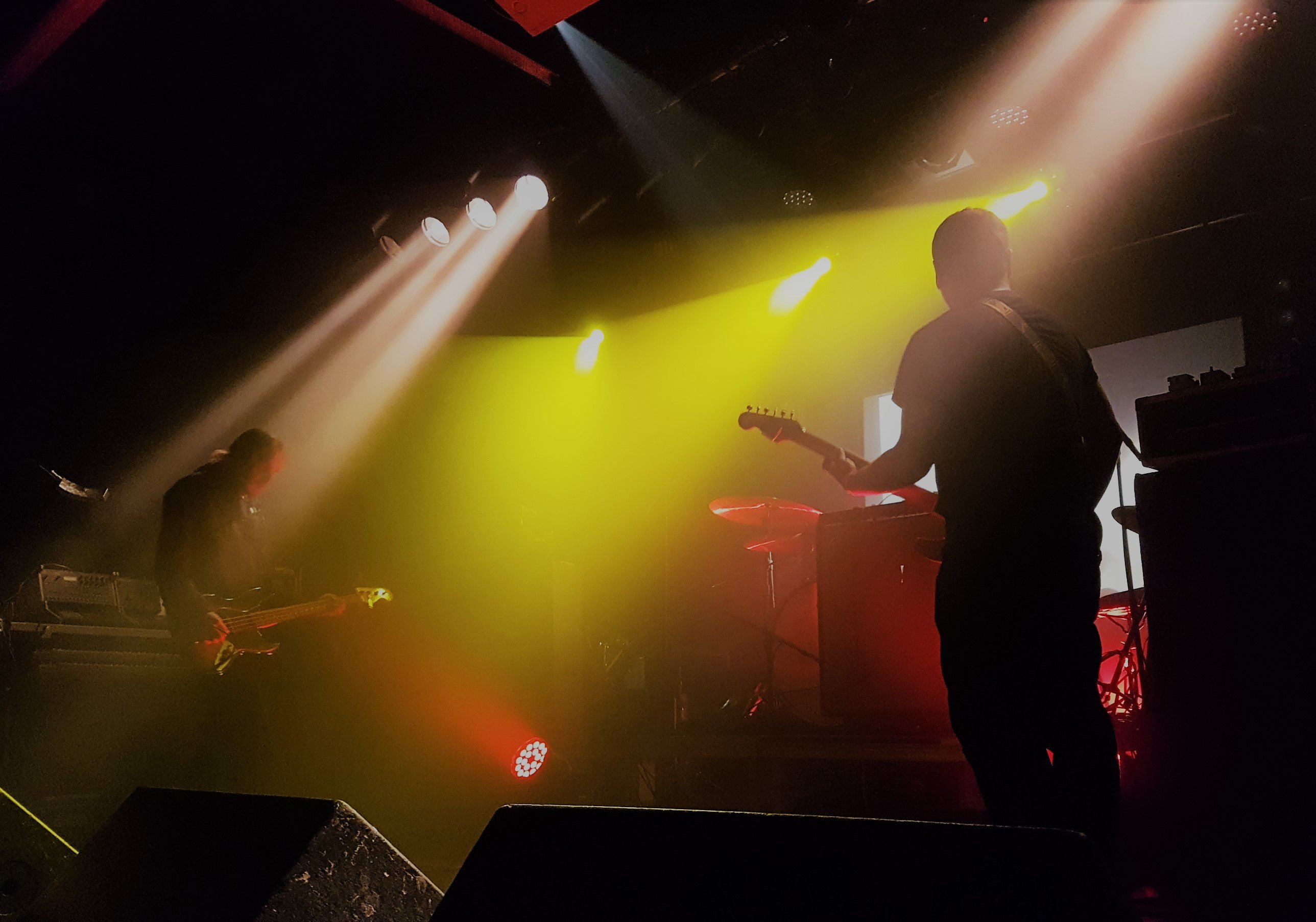 These 3 Latvian lads are heavy. There is a suitcase sized effects rack for the guitarist and lots of fuzz effects for the bass. Tinitis inducing loops of fuzzy frequencies are constantly playing under the tracks with the throbbing bass and droning guitar weaving over the top. The drummer had the only vocal mike and I could see him attempting to scream into it but his voice was completely drowned out by the droning doom metal.

I think that they’re may have been brief brown notes but they were too interrupted by loops squeals and thumps to have any substance. 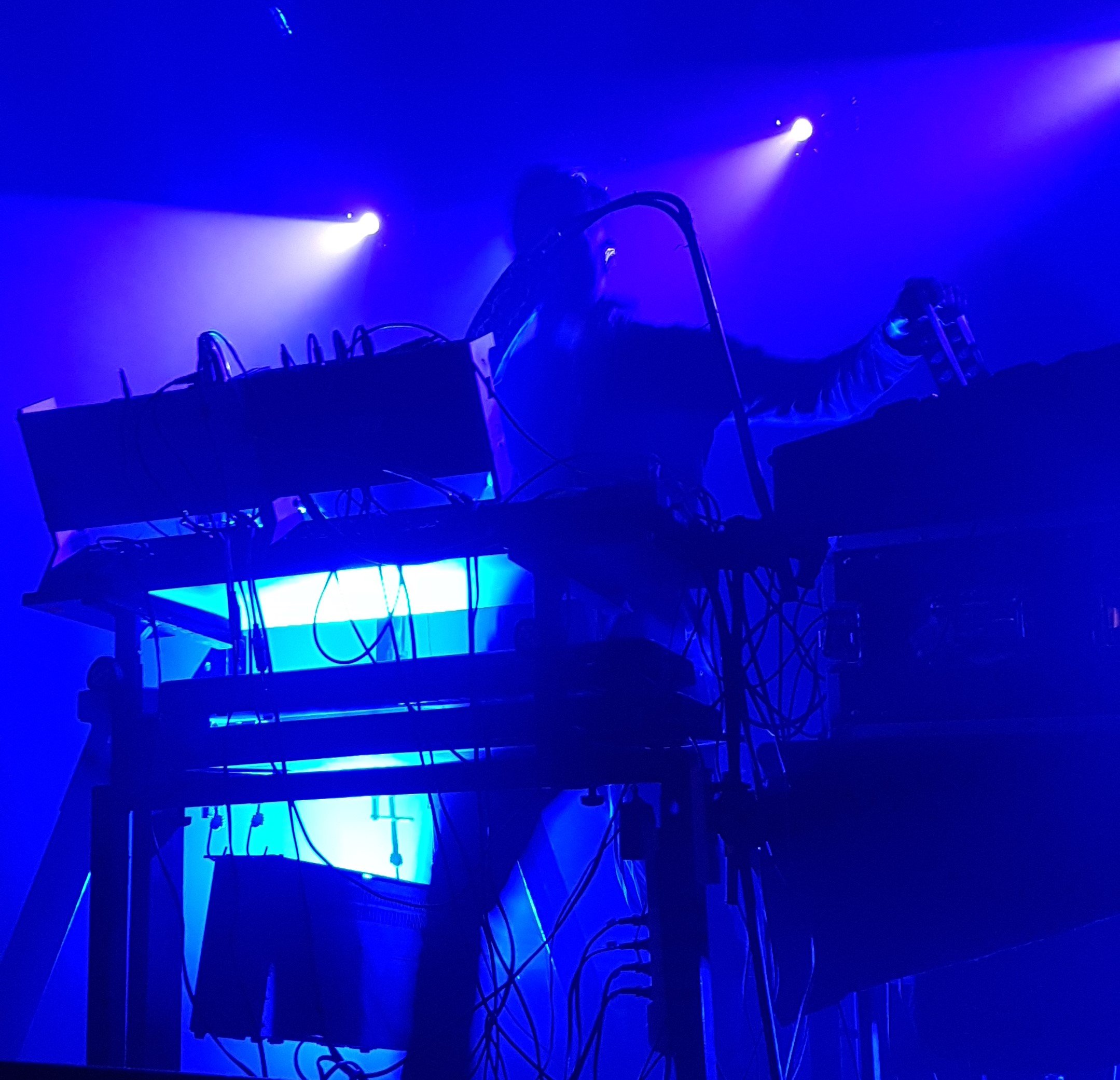 This solo artist is more machine than man. Standing behind a cockpit like setup of knobs, levers and sensors, he is literally plugged into the machine. True to his name, from the first throbbing note there is a non stop onslaught of flailing arms, pulling and pushing levers in what could only be described as angry, heavy, heavy, electro, dark metal swamp.

The thump of the bass notes were stomach wrenching. I think the brown emerged from a couple that were standing in front of the floor speakers as they quickly made their exit, but the rest of us survived. 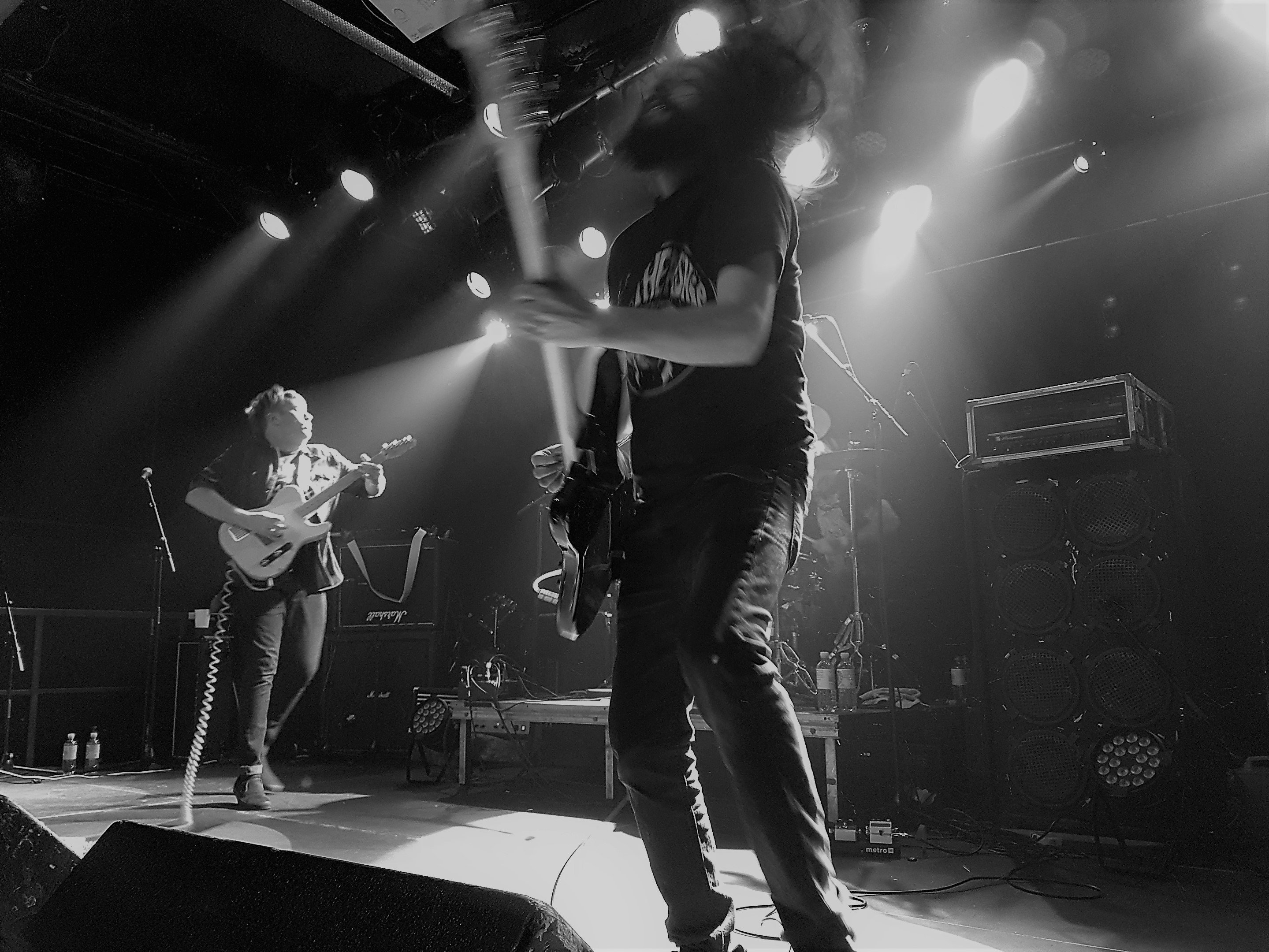 Three strapping lads from Atlanta Georgia are Whores and i say that in the nicest way. Smashing out heavy slow dive metal tunes and putting on a grand show, sweat and spit included.

Were they loud?…. yes

Were they brown?…… no 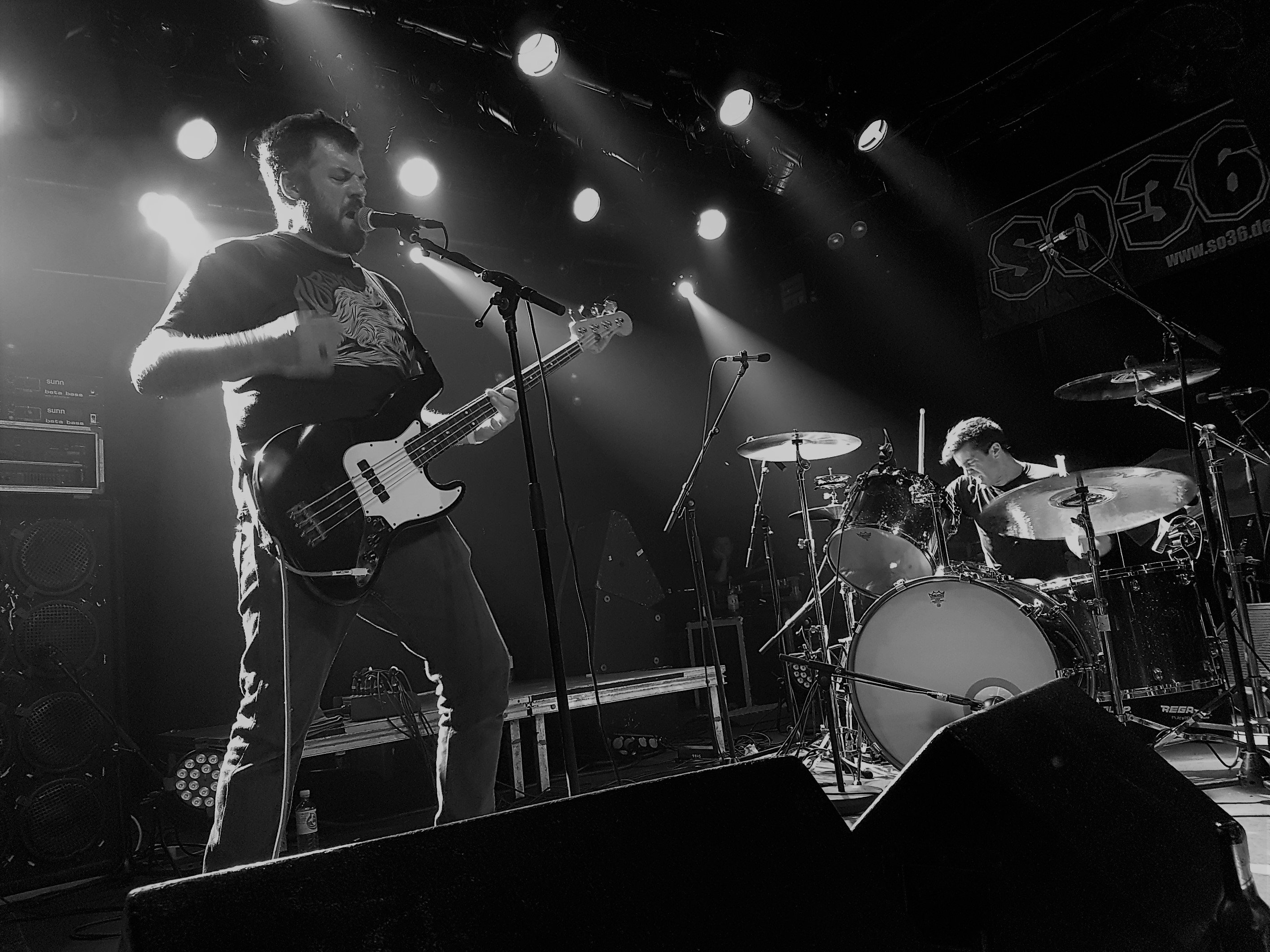 Big business are a two piece bass and drums from Seattle, but by no means predictable. Again, a small suitcase worth of effects pedals and loops turns the bass into a fuzz lead instrument.

The tunes drone though slow core metal through Chicago fuzz, low-fi harmonic noise, funky soul and even some sweet acapella from the bass player (who also plays with the Melvins). All at deafening volume driven from the twin Sunn amps through a wall of bass speaker cabinets.

There was definite purpose in getting to the brown note from the deep effects laden, fuzzy smashes on the bass strings. Frankly there were twinges, but my trousers survived unscathed.