Off to Heaven. This place is a real underground cave of a London nightclub. With its huge 1000 person capacity bunker located in the centre of London under Charing Cross railway station, it’s a major venue for dance parties and bands.

Opening the night was Baba Naga, a Sheffield three piece with hair, lots of hair. Minimal lighting to keep the mood mysterious, these three pumped out grungy tunes with heavy dirgy undertones. Vocals kept to a minimum and mainly consisting of wailing along with the thick driving bass interspersed with soaring guitar riffs.

I could tell that they were searching for the brown note, but they have a long road to travel before they get there. 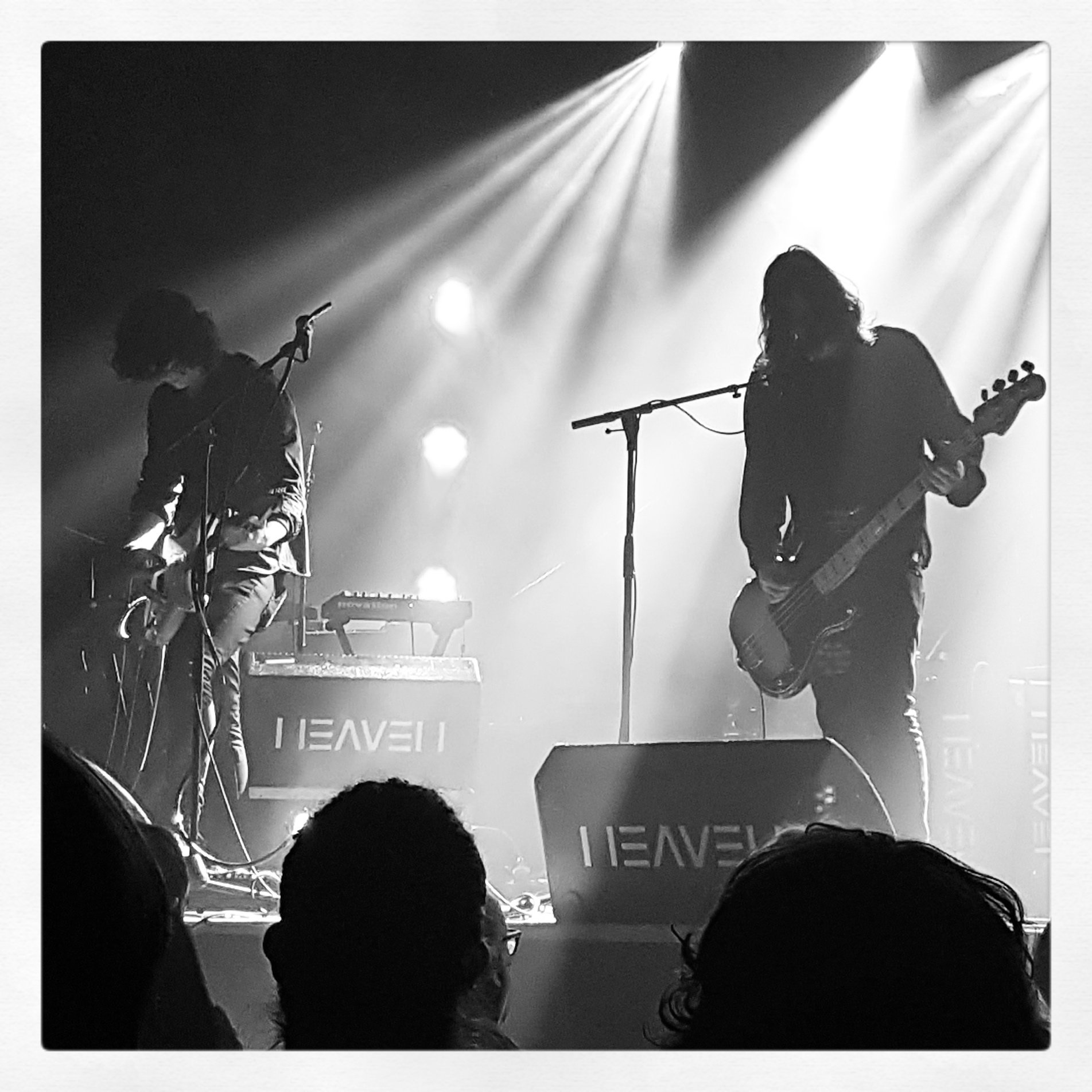 Headlining the night was Portlands Moon Duo, who was, strangely enough, a trio. Made up of drums, guitar and synth/noisemaker. By the time they came on, the venue was heaving, making it an exercise in tetris to raise a drink to the lips. They were no nonsense, straight into the dark stage, lit only by constant projections on the wall behind them. They started straight into a swirling cacophony of 60s keyboards driven along by an automaton of a drummer that used to be a metronome in a previous life. Thick fuzz distorted guitar danced over the rhythmic bases (sorry, got carried away there) with sparing and understated vocals scattered through the flanger laden songs. I started to reach for the LSD only to find that it wasn’t the 60s anymore.

Brown note?……nup, not even close. 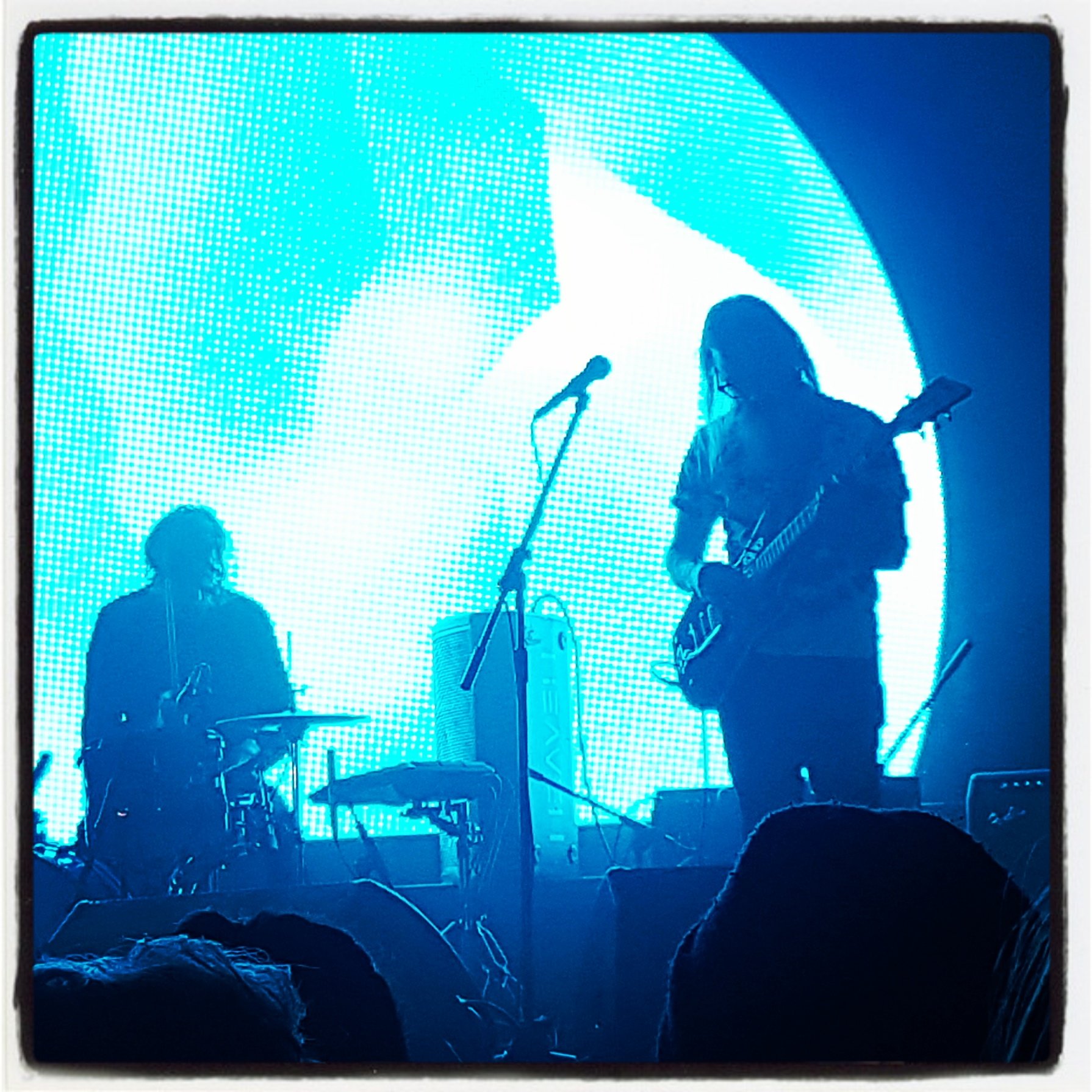