Next venue is Under the Bridge, which really should have been called under a really big football stadium. It is literally below the stands of Stamford Bridge Stadium, Chelsea’s home ground. This 500 person capacity venue is a little reminiscent of a cabaret setting with booths surrounding a dance floor.

Less smoke tonight but more lights for this Berlin based trio. 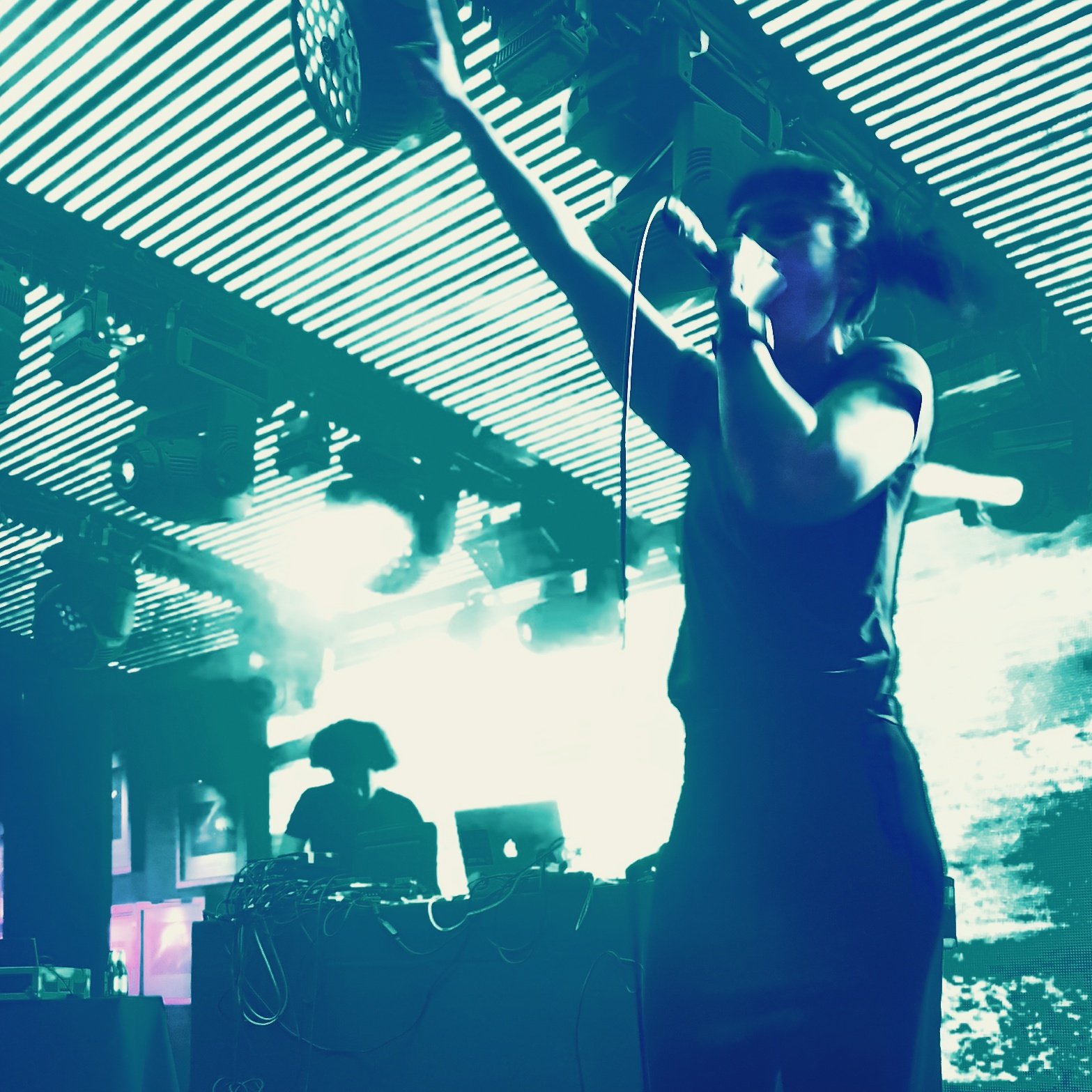 From the start of the gig I was immersed in a blinding attack on all senses, from the epilepsy inducing flashing strobe lights carpeting the ceiling and projections on the back wall of the stage to the incessant buzz saw looped distorted guitar attack dragged along by a locomotive about to derail drum track. The benches of technology at the back of the stage were manned by one or two of the trio at any time, taking turns in smashing fists down on what I assume were military grade keyboards, while the rest of the band jumped around the front of the stage in an aerobic fit of anarchic rage. 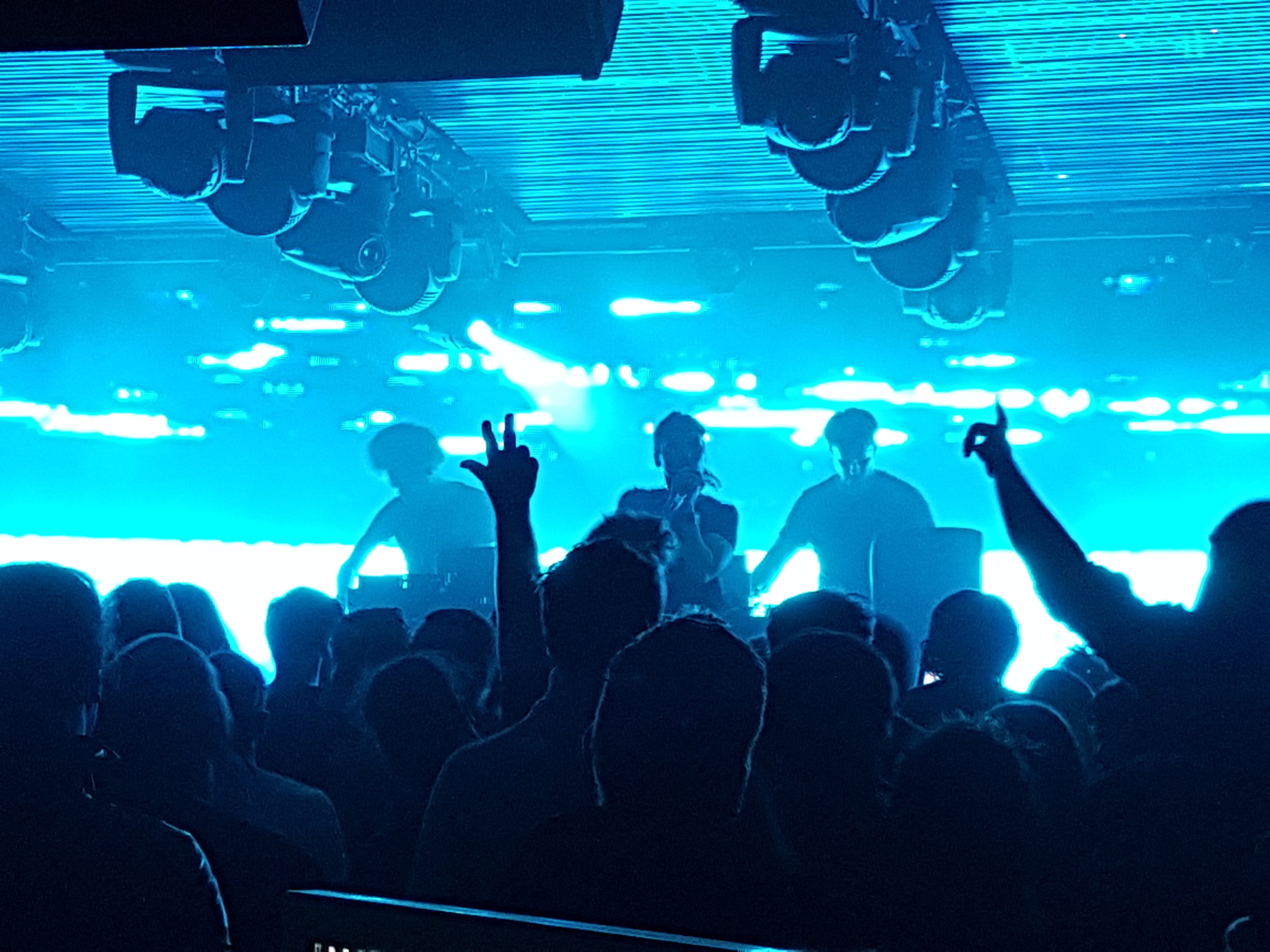 If the brown note surfaced, no one could tell, but with noise meter at the mixing desk consistently parked over the 100db mark and the strobes lighting up my insides, it certainly felt like a full body internal work out…….however, no tell tale signs.