After 25 years of creativity, piss take and generally regurgitating life for us; Regurgitator have returned to Australian stages for their Quarter Pounder tour, to remind us that we Like it Like That. I was lucky enough to catch them at their recent Sydney Metro Theatre show with Shonen Knife (NO WAY!!!) and The Fauves, but kicking myself that I missed the opening act Nervous Wrex (sorry guys).

The Fauves have been creating music and playing around the traps for over 30 years and they are still as strong as ever. Tonight they appeared in front of a giant backdrop of the cover of their new album Driveway Heart Attack, which features a painting of a what could be interpreted as a post-apocalyptic landscape – or maybe just the east coast of Australia during our current fire season. 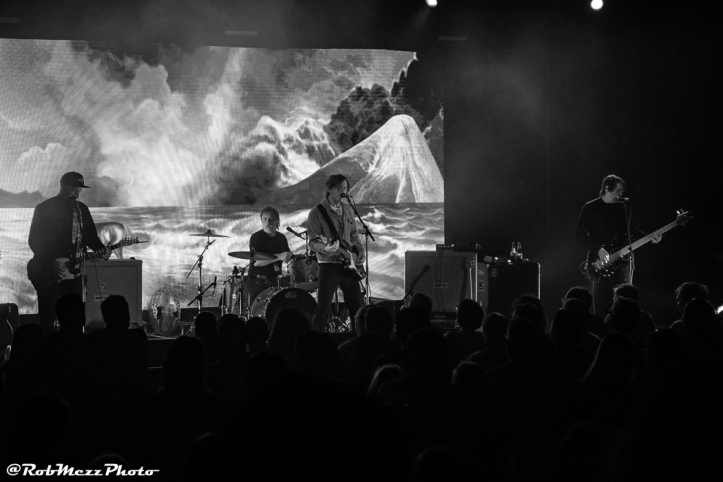 The four band members still had the chemistry, the hooks and the connections with each other and the crowd; which was now starting to fill the room. Never topping the charts, but with a solid presence, their music has a classic 90’s low-fi sound – understated, down to earth and a little playful. Songs are guitar driven but not dominating; and there was plenty of banter in between songs, filling time while guitars were tuned and obviously coming naturally after many, many live gigs.

An obvious crowd favourite for the night was an older classic, Dogs are the Best People, which started up an impromptu crowd singalong to finish off the set.

You can find their new double album here.

Next up, Osaka’s favourite sugar candy punk popsters, Shonen Knife, hit the stage. These three units of beaming energy are becoming frequent visitors to Australian shores and the crowds lap them up! 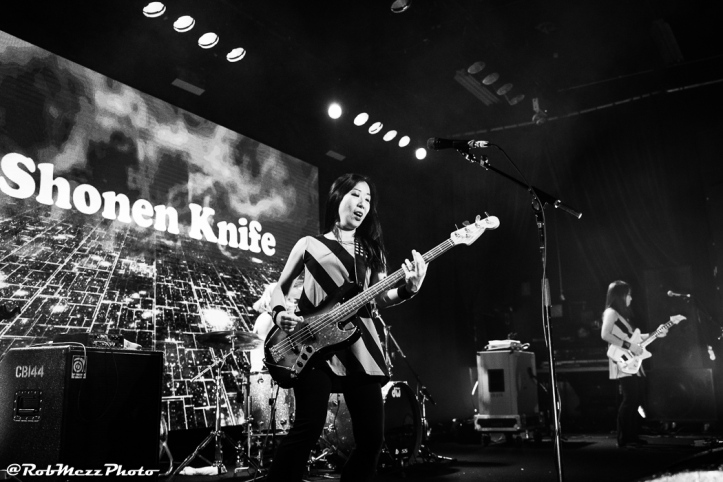 Spanning over 30 years, with various lineups, this band has earned cult status in the punk pop world. With a set full of 3 chord songs about the simple things in life (mostly food and rockets); matching outfits and unshakeable smiles on their faces; they are the Wiggles of the punk pop world. 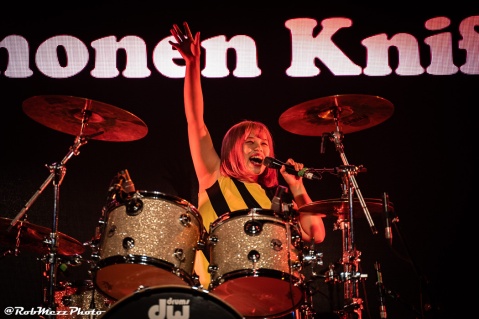 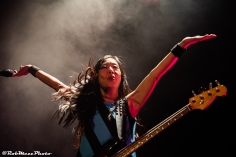 Tonight it was all about their new album Sweet Candy Power, and power it was. The new work is a little lighter than previous work, but there are still the obvious influences from fast paced Ramones to the Hard Ons. There was thrashing guitar, thrashing drums and synchronised thrashing hair. And we loved it. 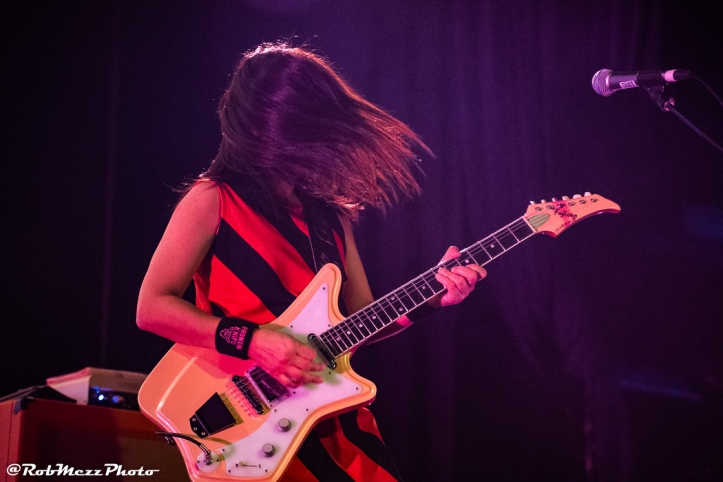 Have a taste of that sweet candy power here.

The big screen dominated the back of the stage tonight. And with typical Regurgitator multi-media creativity, the show starts with a video intro hosted by Dylan Lewis (Recovery), that culminates in the bands appearance to start a lively version of I Like it Like That. What follows is a favourites box assortment of the last 25 years of Regurgitator and the many phases of their music/art.

Tonight, costumes are a thing. The night is broken up into a few musical phases – each one accompanied by an appropriate costume change, one more outrageous that the other. Starting in what could only be described as the result of a primary school crafternoon on crack – featuring coloured fluffy balls, lots of balls – then, neon tracksuits, silver spacesuits; and finally a regurgitated version of a tutu swathed in christmas lights. Each change time was seamlessly filled in by the fourth Regurgitator – the video screen, as an intermission to keep the punters amused and always wanting more. 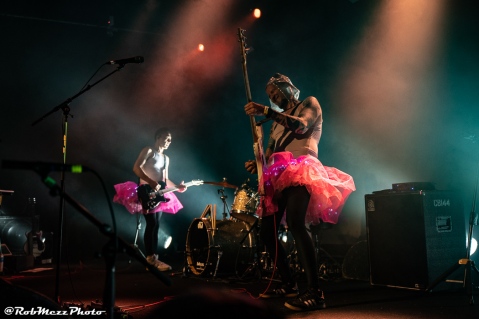 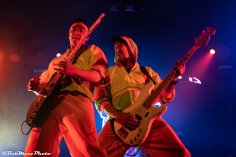 The show was a full sensory experience, with the rear screen providing a video backdrop to the antics up front; and the packed crowd all straining towards the front of the stage, writhing & singing in time with set favourites like Polyester Girl; and generally being transported back to the 1990’s. 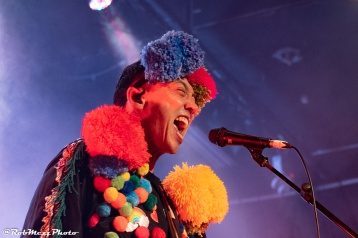 The show ended all too soon with an all-in on stage – Shonen Knife joining in to rip through a cracking version of I Wanna be Sedated (Check it out here). Then it was over – we all just looked at each other asking – was that real?

Did that Brown Note make an appearance – quite likely, but wait…….I JUST DON’T KNOW!