With everything but the kitchen sink hanging from the ceiling, the eclectic Make Out Room is nestled in the Mission district of San Francisco. A good size stage graces one end of the room, split into two levels to act as a massive drum riser for the back half. Booths are scattered around the venue, apparently to “make out” in. An excellent venue for bands, drinking or just people watching. Tonight we get to make out to Shake Well supported by Electric Machine Gun Tits.

Electric Machine Gun Tits is a duo featuring guitar and vocals, with a special guest appearance by a drum machine and noise makers. Branding themselves as punk, they look the part as well as play the part, with their crazy on and off stage mayhem.

With crazy Japanese punk songs as the theme for the set, the guitar is played like a weapon, with a raw buzz saw sound attacking each song. Vocals come at you like a challenge, with no option but to accept. There is chanting, crowd invasions, manic dancing and general mayhem. 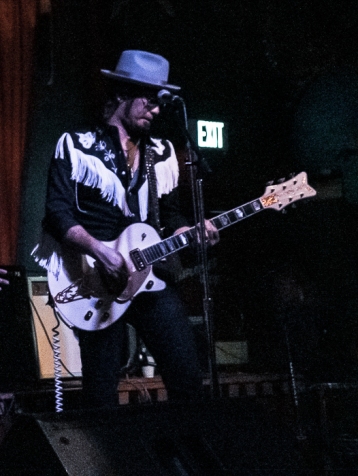 They finished up the set of bouncy Japanese punk rock with a song about sex, ramen and rock n roll; all punctuated with a bit of noodle flinging into the audience, which was much appreciated.

Check out their mayhem here.

The 5 MacDonalds making up Shake Well are the infamous MacDonald clan, purporting to come from a trailer just outside of Black River Falls, Wisconsin. When they aren’t in prison or being banned from the state, they are made up of Chucky Ray the third on drums, leisure suited Duke on bass, Cooter on keys, TJ (Eric McFadden) on guitar and a sassy Patsy (Robin Coomer), blamming out the vocals. 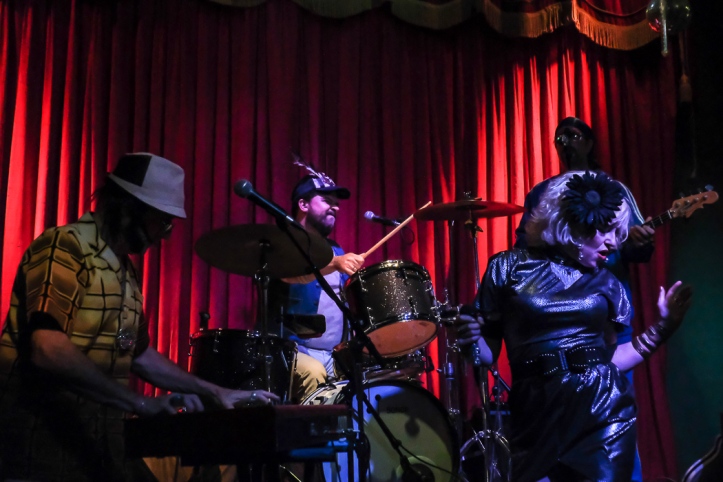 Nothing but good ole bluesy rock n roll from this crew, projecting its “healing” power out to the crowd; with some riffs cranking out of the set that were downright dangerous. 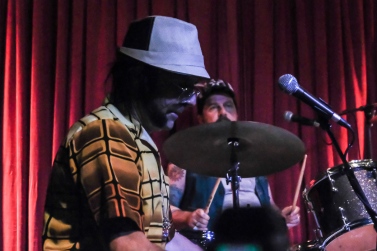 All up, a rockin good night was had by all, the eclectic crowd being as much a part of the show as the band. See what the show is all about here and here.

And did the Brown Note make an appearance – maybe back in the trailer.