Born Out of Time – Marrickville Bowlo

Off the Hip records presented an eclectic collection of high energy garage rock bands in the first of 3 mini festivals reminiscent of 1980’s Sydney Trade Union Club lineups. For a bit, it did look like the crowd at the Marrickville Bowlo was transplanted straight from the old Trade Union Club – just a little greyer around the gills.

Revived and revved up, this 3 piece brought their sound straight out of the 80’s alternative heyday. Pumping out more Trade Union Club sounds with members from bands like the Lime Spiders and New Christs. Plenty of attitude and loud as fuck, setting hearing aids to 11, much to the delight of some old fans. The Brown Note was close in these ones. 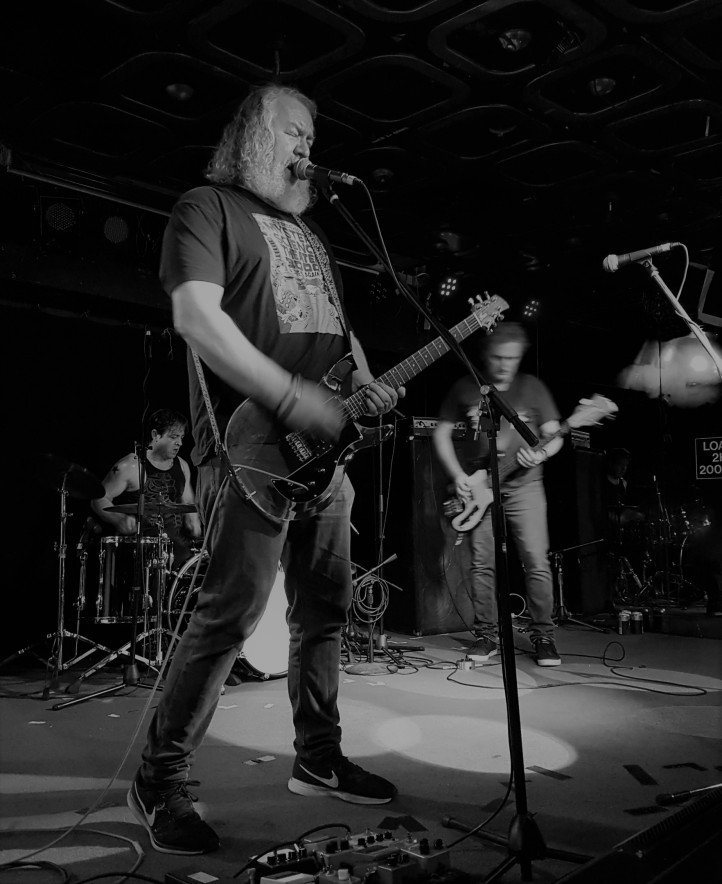 The Beat Taboo is a Melbourne 5 piece self-described as swamp-voodoo. There were definitely some fuzzy swampy sounds. Their twin guitars worked off each other perfectly through the set. Close your eyes and you can hear the Cramps’ Poison Ivy demanding ear-space from one side of the stage and a cranked up fuzzy, sonic, garage, bluesy (and yet almost Detroit) guitar interjecting and exclaiming from the other side. The sleezo groove is perfectly topped off by a gravelly Louisiana swampy vocal that Tom Waits would be proud of to round out the voodoo.

This fuzz laden four piece saunter on to classic garage walk on music and launch messily into their first number. Originally formed about 30 years ago, gigs these days are few and far between. A little awkward banter in between songs, but soon hit their mark through the set and start pumping out irreverent garage, fuzzy tunes but with more of a blues smurf sound than surf.

And then there was Grindhouse.

The motor-head Melbourne four piece cranked out enough raw ampage to blow the roof off any cyclone shelter. A sight to behold, with plenty of skin on show for the adoring fans. Forget about 80s garage – these guys are high octane, pedal to the metal punk rock and or roll.

And the Brown Note – you would think that with a crowd close to needing colostomy bags there was plenty of opportunity with this line up. But, just paarp.