Tonight, the Marrickville Bowlo was awash with punk punters sporting punk paraphernalia, expressive hair, tatts, and plenty of piercings for a sold out Frenzal Rhomb show. We had standard t-shirt rock wear all the way through to hi-vis vests and even a few fans coming straight out from the office. The huge range of age groups in the crowd showed the appeal of the band from 20 years or so of jumping up and down on stages yelling abuse and offending people. Looks like they still appeal to Millennials and Generation Z. 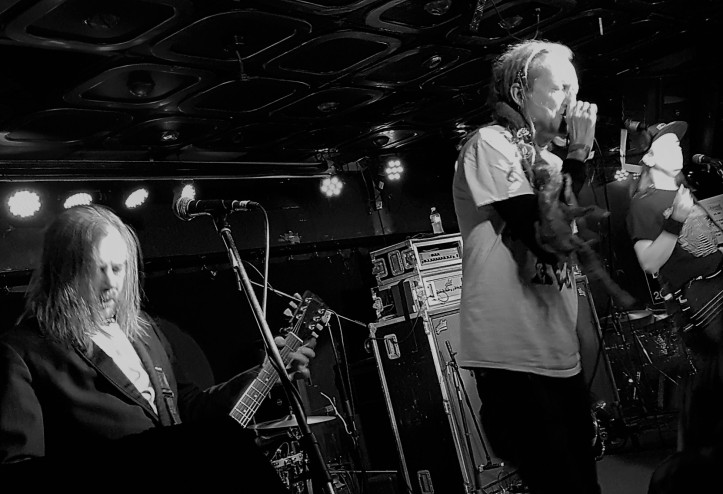 The band are still pumping out album after album of short sharp punk numbers. Tonight, the high energy on stage, particularly from machine gun drumming and guitar and bass attack drove the crowd into a frenzy, ending up in a well structured mosh pit made up of a groundcover of writhing bodies, a mid-story of bouncing heads and flailing arms and a canopy of bodies either floating above the crowd or being launched like projectiles from the stage. 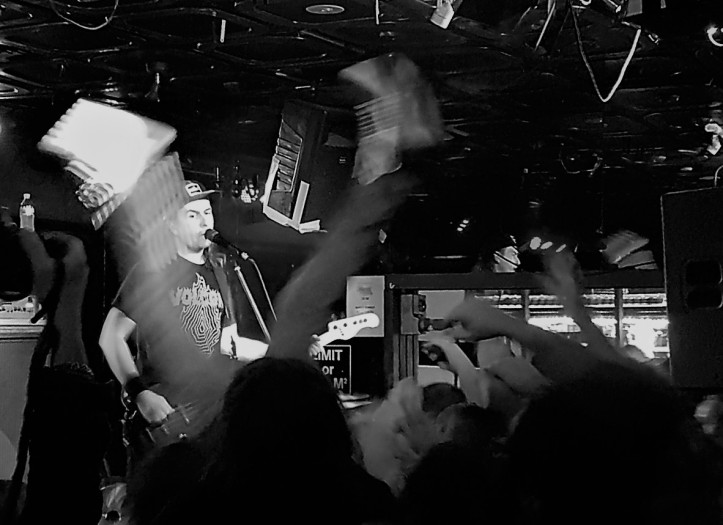 The set featured tracks from their latest offering, Hi-Vis Tea, but it was the old favourites like Never Had So Much Fun and Punch in the Face that had bodies slamming the PA bins around the front of the stage.

And the Brown Note? Maybe it was hiding in that trailing rats nest which makes up Jay Whalley’s hair.