A cold and windy Sunday night sets the scene for a step back to the angry punk years with Lydia Lunch and the Retrovirus, supported by Harry Howard and the NDE at the Oxford Art Factory.

Harry Howard and the NDE

Harry Howard and the Near Death Experience were at their laconic best tonight, complete with spooky keyboard sounds, wandering guitar and a powerhouse of that rhythm section never missing a beat at the steady hands of Dave Graney and Clare Moore. 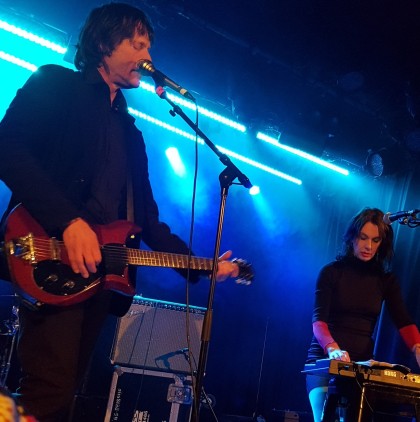 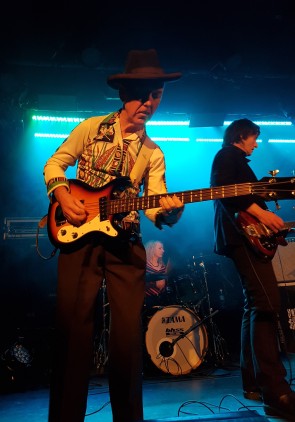 Of course, Harry is never one to miss the opportunity for a barbed comment aimed squarely at Sydney, and out it came partway through the set, no harbour quips today, just a quick note about the cold weather.

The set was rammed through as the crowd swelled, setting a dark and offbeat, fuck you scene. To top off the set, the band finished up with Roland S. Howard’s The Red Clock to keep us all in our dark place.

There was an edgy and angry avant garde feeling in the air, both on the stage as well as in the crowd where goth met punk met emo.

From the moment Lydia Lunch hit the stage that feeling in the air turned to menace. Sound rolled out from the stage, pounding rhythm from smashing drums and a bass guitar trying to fit as many notes in as possible. Guitarist Weasel Walter didn’t so much play the guitar, but tortured it with a manic attacking style, flying across the stage, jumping like he was possessed by a jumping jack demon, wrestling the guitar into anything but submission.

Lydia’s voice cut through the on stage mayhem, gravelly with years of abuse, cutting in and out like it had dodgy wiring, making her vocals all that more severe. 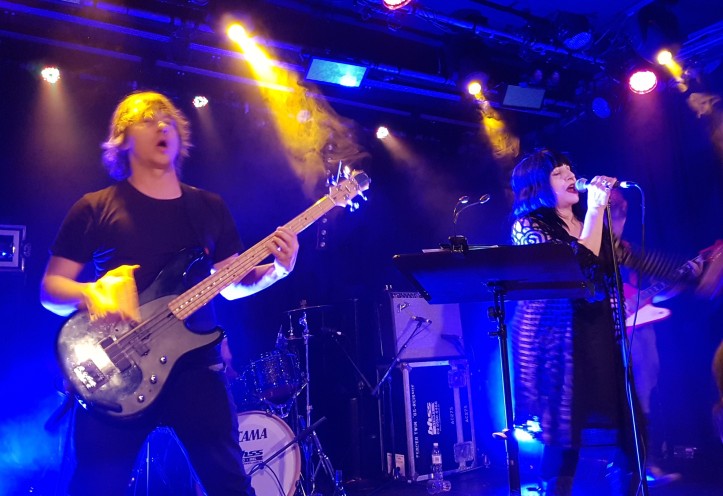 The set was interspersed with wry, sordid stories about the songs and her life, sometimes spoken into the microphone, other times out of hearing distance as she continued a conversation, as if with her other self.

Some technical problems put a few holes in the show and even though Lydia was keen to keep playing late into the night, the dreaded licensing laws put a stop to it and the gig was eventually cut short; leaving a pissed off New York punk icon spitting vitriol.

Was there a Brown Note? The bass player was trying hard to find it, but that manic guitar wrestled him out of it.