Free gig Friday tonight with a bit of 60s infused surf-psych rock at the backpacker hotspot that is Selina’s, down at Coogee Beach, featuring The Dandelion and Nelipot. A lineup to try and entice the Coogee Bay Hotel beer garden drinkers in for a bit of live music.

Opening the night to what is initially a handful of punters is Nelipot. A lively 3 piece blues and grooves outfit from the central coast with a bit of psych funk in their bones. 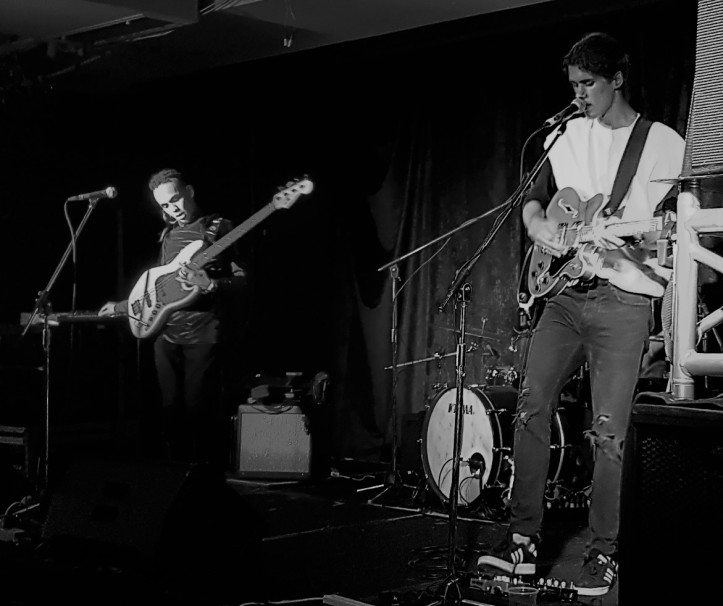 The crowd slowly builds through their set as people realise that there is some free tunes on offer. The band moves through a bit of rock, some groovy funk, slow dance numbers and then launching into some healthy psych rock.

The bass player is obviously not happy just keeping to a single instrument at a time, he has one hand on keyboards or a shaker while smacking the bass fretboard with fingers of his left hand, keeping the rhythm going with drums through a few effects, including what seems to be a bit of phasing or even wah for the trippier numbers.

A quick crowd change sees some more seasoned punters that have made the trek into the suburbs filter into the venue to even out the predominantly youthful crowd. Long haired inner city meets the shorts and thongs of the beach.

Originally formed as a studio project, The Dandelion has re-emerged in a new lineup with guitar, keys, bass and drums. A low key affair on stage, with all the action centered around their front person Natalie de Silver, who’s sultry voice, seductive moves and 60s surf and middle eastern influenced guitar sounds focus the crowd. She even gives the flute a bit of a run in a couple of tunes.

The rest of the band carry the mystic, psychedelic, 60s surf sounds along with a steady rhythm section of drum and bass. Keys are effectively used, not overplayed but transporting back in time like a 13th floor elevator.

By the end of the show, the whole crowd was dancing and moving to the infectious swirling sounds echoing around the cavernous Selinas.

Was there a Brown Note – hippy trippy multi coloured psych notes, the smell of stale rock carpet, but no Brown.