The Sebright Arms is one of those hidden pubs. Hidden away in a back lane, adorned with some other name on its façade, only a small chalk board on the footpath gave it away. The band room is equally hidden. Down in a dark basement accessed down stairs through unmarked doors. Or you could do what I did and find another hidden door and ended up having my first impromptu stage debut as I walked through the back door onto the stage, interrupting the support act. They were very nice & let me though. I gave them a quick bow of appreciation followed by applause and laughs from the packed crowd. 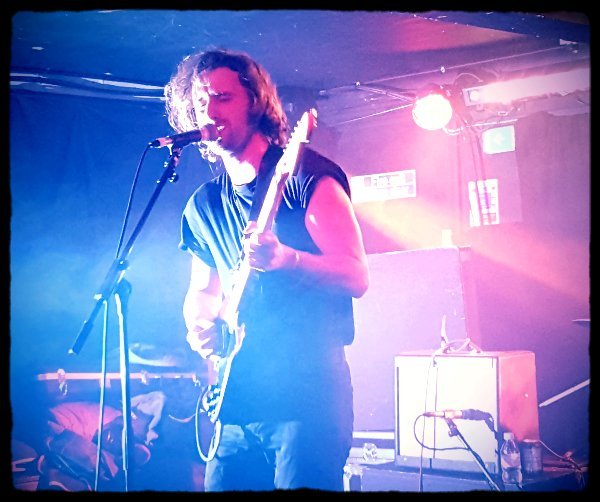 The Bay Rays are a tight three piece from Leeds that like to play their sonic indie pop loud. Lots of theatrics from the two front men, never missing a beat, but blasting everyone in the room with relentless rollercoaster bass lines, grinding, sonic guitar and thumping drums.

But what about the brown note, I hear you ask. There was a twinge, there was a touch. Sheer volume catapulting the bass and thumping drums to tickle the colons of everyone in the room. 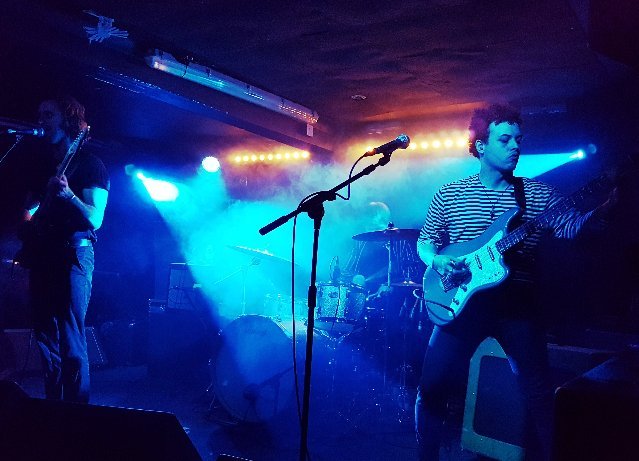