Another Christmas time – another cornucopia of C R O W at the Union Hotel.

Tonight there was a generous serving of three sets of dark and stormy music sailing across the last 20 years – something for everybody. The Christmas show has started to be a bit of a tradition for the band, bringing together an appreciative crowd of long time listeners in a bit of an orphan Christmas gathering for musos and appreciators of fine musical art in Sydney’s inner west. 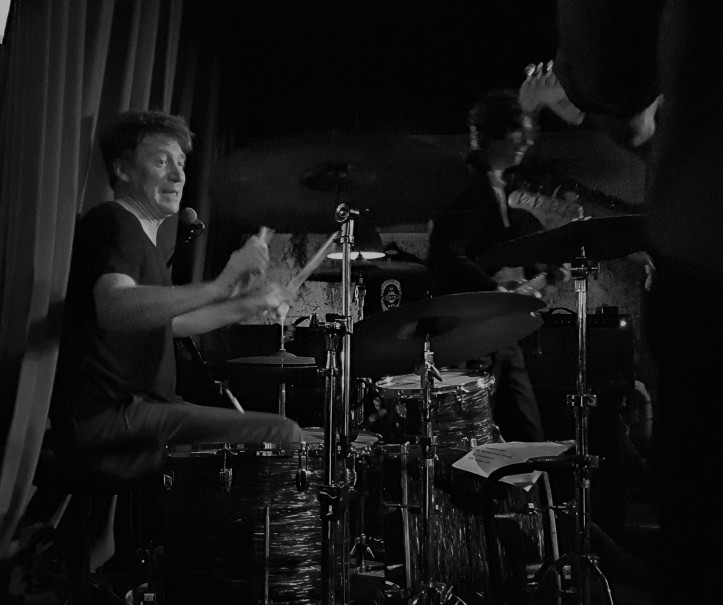 The band were on point and played through the sets like they were well worn gloves, showing that this original lineup can just pick up where they left off each time they get together. The thumping rhythm section of John Fenton and Jim Woff weaved through a crooked path of time signatures like it was second nature; Peter Archer provided the little explorations off the path just to see what there was to see with his wandering guitar; and Peter Fenton threw in his guiding hand and serious face – just to remind us what passion is all about.

There were celebratory t-shirts, guest appearances on and off stage, plenty of love from the crowd and even a bit of a singalong. Some of the night can be found here for all to enjoy.

Was the Christmas Brown Note hiding in the stormy seas? Peter Archer made a special effort with his brown shirt, but the lads were too controlled.